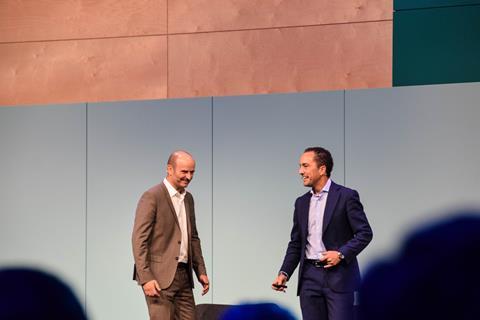 Telefónica Group and operator partners in the Facebook‑backed Telecom Infra Project (TIP) have displayed some success in their calls on suppliers to join them in advancing the disaggregation of hardware and software in future optical IP networking and radio access network solutions.

During the TIP Summit ’18 in London during October 2018, ADVA Optical Networking and Edgecore Networks were unveiled as two suppliers that have started working on the design and contribution to TIP of an open-networking cell site gateway that conforms to the disaggregated cell site gateway (DCSG) specification developed by Telefónica, Orange, TIM Brazil, and Vodafone Group within TIP.

The two vendors began work on the Odyssey‑DCSG project in anticipation of a forthcoming request for information (RFI) from the four operators. TIP is now encouraging other vendors to join the DCSG initiative, which was initiated by Vodafone as part of the Open Optical & Packet Transport (OOPT) project group within TIP.

ADVA said its commercial solution to support the DCSG group within TIP is expected to be generally available in the second half of 2019. The aim of the product is to give mobile network operators a “simple and complete solution” to what is regarded as a key problem with 5G rollouts: how to deploy hundreds of thousands of cell site gateways to meet 5G traffic demands in a cost‑effective manner.

Edgecore is helping to design and build the hardware as part of ADVA’s integrated solution. The vendor said its contribution will be available for evaluation in the first quarter of 2019 and is expected to be generally available in the third quarter. Edgecore added that it also recently introduced what it described as the industry’s first open and disaggregated cell site gateway, in conformance with the cell site router gateway specification that AT&T contributed to the OCP Telco Project — part of the Open Compute Project (OCP).

OCP was founded by Facebook to open up data centre development and create infrastructure to meet burgeoning demand. The OCP Telco Project was established to focus on data centre technologies for telecoms companies and shares many of the same members as TIP (which may now be taking over from OCP to lead on more telco-specific data centre projects).

TIP Summit ’18 was the event’s third annual incarnation, following smaller US predecessors, with perhaps 1,000 attendees and around 30 exhibitors (including demonstration booths and startups affiliated to TIP Ecosystem Acceleration Centres). TIP continues to look European-centric, in terms of tier-1 operators (notably BT, Deutsche Telekom, Telecom Italia, Telefónica, and Vodafone), but with significant presence also from Asia-Pacific (SK Telecom, NTT, etc.) and developing markets (e.g. Reliance Jio, MTN, Bharti Airtel). TIP vendor-spotting is as much about who is not visible (most majors, though Cisco may be creeping in to join early-bird Nokia) as who is on show (mainly challengers, startups and sherpas, plus systems integrators that naturally scent opportunity in a disaggregated world). Mid-to-large suppliers to namecheck include ADVA (brazenly targeting adjacent segments), Aricent and Tech Mahindra (repeatedly flagged as key integrators), Intel, and Radisys. Accenture and Deloitte were also prominent. Interlopers such as Accelleran, Edgecore, Fairwaves, Lime Microsystems and Parallel Wireless are clearly securing credibility, traction and visibility through their involvement in and around TIP. Facebook, as TIP progenitor and continuing chaperone, is omnipresent, and clearly appreciates TIP as a place where it is respected and valued, at a time when its reputation is being battered elsewhere. As an entity, TIP is growing its membership and advancing its projects, but it may now also be at a critical juncture as it matures; needing its operator members to continue to collaborate when projects move beyond pilots towards production and commercialisation, and for larger suppliers to step up. It was interesting to hear different speakers from the same operators and vendors, with some living the TIP dream, whilst compatriots warned of real-world operational dangers.

Telefónica beds down in TIP

During the summit, TIP declared advancements in other areas with Telefónica involvement. Telefónicawatch attended the event, and a fuller review of the developments that emerged will feature in a subsequent issue. Key updates include: