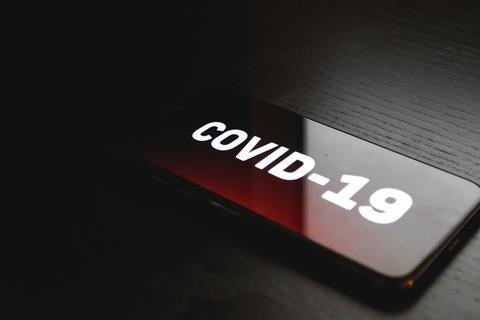 Telefónica said it had met its guidance for FY19, with organic revenue in particular exceeding stated goals, growing by 3.2% compared with a 2% target. OIBDA was more in line with expectations, with 1.9% growth fulfilling the Group expectation of “around 2%”. The ratio of capex to sales was about 15%, as expected.

It may be worth considering that the Group just about reached its targets for profit on revenue that exceeded its expectations — suggesting that revenue has not been as profitable as hoped.

For the coming FY, before the economic impact of the coronavirus crisis became evident, Telefónica issued guidance promising “stability” in terms of revenue, OIBDA, and the ratio of OIBDA-less-capex over revenue. This is perhaps a positive spin on expectations of flattening performance after years of moderate growth.

Álvarez‑Pallete said the Group’s growth focus could be described as “lower‑for‑longer”.

As such, more volatile elements are being excluded from guidance, namely Telefónica Argentina. The Argentinian business is said to be operating in a “high inflationary and currency depreciation scenario”. With the Hispanoamérica division as a whole considered non‑core, the performance of this unit in particular is no longer considered reflective of ‘new Telefónica’.

Telefónica Argentina generates about €2bn in annual revenue and €500m in OIBDA.

In its major markets, Telefónica appeared confident of growth in a recovering Brazilian market (without putting precise figures to its optimism), and guided for stability and slight OIBDA growth in Germany.

In Spain, current topline trends of modest growth were expected to continue, while Vilá reiterated that, “if I was a betting person”, operating cash flow would increase.

The picture in the UK is maybe not as rosy, with anticipation that the operating business will “continue to outperform the market”, but acknowledgement of commercial pressure and regulatory headwinds.

Telefónica also indicated it aims to maintain a stable annual dividend at €0.40 per-share for 2020.

Management attempted a tricky balancing act when discussing the decision to exclude Argentina from its future guidance.

Coming straight after highlighting its success in meeting its FY19 objectives, partly thanks to the contribution of the Argentinian business, it then attempted to downplay the apparent drop from its position of predicting 2%+ revenue growth in FY19 to guiding 0% for FY20, by noting that the FY19 figures had been flattered by Telefónica Argentina’s performance.

Management noted that without the contribution of Telefónica Argentina, revenue growth in FY19 would have been just 0.8% for the Group, while OIBDA would have been up by just 0.5%. Although this minimises the degree of levelling out the Group anticipates for 2020, it also emphasises the impact of isolating a significant operating business that is working in difficult current circumstances, and also draws attention to opportunities for growth that the Group may not be able to exploit through the potential sell‑off of Latin American assets.

Considering the ‘Big Four’ businesses that the Group has now identified as its core focus, it is striking that growth is by and large below levels in Latin America markets.

The UK and Brazil can be seen pulling performance up, but the performance in Telefónica’s home market of Spain, the single largest country market, was broadly flat, while in Germany limited revenue growth was accompanied by declining profitability.

Better news on the 2022 horizon

Telefónica also provided some guidance as to where it sees the Group being by the end of FY22, with an expectation that revenue will show growth by the end of the period, and the (OIBDA–capex)/revenue ratio will improve by two percentage points from FY19’s level of 19.9%.

This last measure is a new metric being called out by the Group, which gives an indication of operational efficiency and cash flow. It is presumably intended to assuage investors that, while the dial on revenue and profit may not move significantly in coming years, material improvements will follow by both managing capital intensity after a period of substantial investment and by focusing on lowering operating costs through digitalisation.

When discussing guidance, Telefónica set out three areas where it will pursue simplicity in its operations, and in doing so support the strengthening of operating cash flow margin.

Coronavirus likely to mean all bets off

The anticipated severe economic impact of the coronavirus across the globe means that guidance for FY20 issued just weeks ago is already derailed, and likely unachievable. Predictions made on anticipated commercial activity are unlikely to be meaningful.

Greater clarity will be available when the Group reports its Q1 FY20 performance in May 2020, but major global corporations are already preparing markets for missed targets. Bodies such as the UK’s Financial Conduct Authority are calling on companies to take additional time on the preparation for the publication of results to take into account the probable consequences of current conditions.

The consequences of the current crisis are difficult to predict with the impact of the virus itself, and the subsequent reaction and measures taken to address it uncertain and evolving. Looking beyond the human and societal cost (see separate report), likely impacts of the global crisis on Telefónica and the wider communications sector may include: