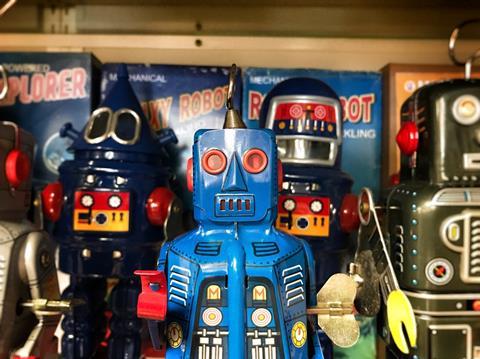 The tie‑up follows an undisclosed investment in the Spain-headquartered Alias, which was directed by Group startup accelerator Wayra.

Collaboration between Tech Ventures and Alias will initially centre on setting up a lab in Munich, Germany, and piloting the startup’s key proposition: its Robot Immune System (RIS) solution for enterprise clients investing in industrial automation.

Details are vague, but the lab — which is scheduled to open its doors in early‑2021 — will apparently act as a multi-purpose space: for research; as a showroom; and as a “meeting point for stakeholders” to learn first-hand about robotic cybersecurity solutions, such as RIS. The hope, according to the startup’s Chief Executive Endika Gil-Uriarte, is that the partnership will bring “our product to the next level” and increase Alias’ client base (which is currently numbered at 20).

Tech Ventures’ portfolio companies are said to receive strategic investments ranging from €100,000 (£90,000) and €6m (Telefónicawatch, #148). The fund is run by the Group’s cybersecurity unit ElevenPaths and Telefónica Innovation Ventures (TIV), and was launched in October 2020. Its purported goal is to onboard 15 startups within its first three years. As is exemplified by the tie-up with Alias, its work is focused on forging commercial partnerships with security service startups, in line with the objectives of ElevenPaths parent company Telefónica Cybersecurity Tech (Telefónicawatch, #144).

Alias’ head office is located in Victoria-Gasteiz, northern Spain, and it also has a footing in the USA. Founded in 2018, it received a €750,000 pre-seed round investment from global investment vehicle Baron Capital Management in mid‑2019.

Its RIS “antivirus” solution is marketed as offering industrial robot protection, detecting, recording, and filtering out malware. Alias says RIS is functioning on robots deployed by the German automation group KUKA, a partner of Deutsche Telekom.

The product was backed by a €50,000 grant from the European Commission’s (outgoing) Horizon 2020 initiative and is sponsored by a Basque Government agency, the Basque Cybersecurity Centre, which has existing ties with Telefónica through the European Cybersecurity Organisation (ECSO — Telefónicawatch, #109).

ECSO was launched in June 2016 with the goal of forging a continent-wide cybersecurity ecosystem to finance research and innovation in the sector. At the time, a swathe of Telefónica executives, including from ElevenPaths, sat on the entity’s Board of Directors, but this no longer appears to be the case (Telefónicawatch, #109). Today, the Group’s interests in ECSO appear to be represented by lobby group European Telecommunications Network Operators’ Association (Telefónicawatch, passim).

In the announcement, Alias Chief Technology Officer Víctor Mayoral Vilches sought to highlight the urgency with which industrial security should be treated. “Cybersecurity”, he said, “will (soon) be more relevant in robotics than in any other area”.

Vilches’ assertion chimes with a recent research paper from the World Economic Forum that predicts that, by 2025, industrial work will be split 50/50 between human and robot.

ElevenPaths CEO Pedro Pablo Pérez also talked up the importance of threat intelligence solutions as a key component of the Group’s ‘connected-factory’ go-to-market play (Telefónicawatch, #149). Other moves made by ElevenPaths in this space recently include a partnership with the CIDAU Foundation on industry cybersecurity and a link‑up with robotics manufacturer ASTI Mobile Robotics to develop an “integral” solution for “wireless factories” (Telefónicawatch, #148 and #149).