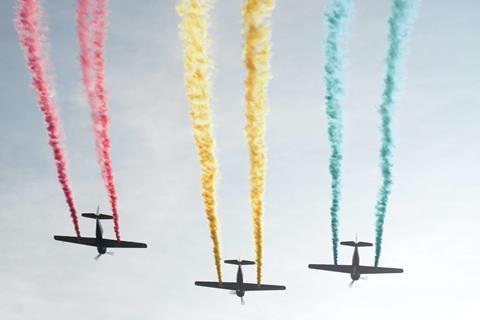 In late-January 2021, struggling Brazilian mobile network operator Oi signed the paperwork confirming the sale of its mobile assets to a consortium featuring América Móvil’s Claro, Telefónica|Vivo, and TIM Brasil. The three buyers also notified the markets of the formal Agreement and are now each to create a special purpose entity to acquire their share of the assets.

The deal was agreed in principle in December 2020, after the trio’s BRL 16.5bn (€2.7bn) bid in the October 2020 auction was accepted by administrators of Oi (Telefónicawatch, #145 and #147). The sum comprises a BRL 15.7bn base price for the mobile assets and a further BRL 800m set aside to finance “transition services” to be provided by Oi over a twelve-month period.

It remains subject to approval from telecoms regulator Anatel and competition authority CADE, although the regulator has already indicated it is willing to OK the plan. In an effort to smooth the process, the winning bidders agreed to distribute the assets proportionately on a regional basis, mitigating undue competition concerns.

Speaking in mid-January to Brazilian outlet Correio Braziliense, Oi Chief Financial Officer Camille Faria predicted a favourable CADE decision “by the end of the year”. However, she also warned that the watchdog “may ask for some kind of adjustment” to the final structure of the deal.

Vivo’s share of customers and spectrum licenses serves to bolster its position at the leading mobile network provider in Brazil by subscriber-count, although, as expected, TIM picked up a larger portion of available assets (Telefónicawatch, #146). In September 2020, Vivo reported 76.7 million mobile subscribers, accounting for 33.6% of the country’s market. The deal is seen to benefit mobile telephony leader Vivo in its reduction of competition from four to three main players.

Since declaring insolvency in 2016 Oi has been in a judiciary recovery process which has involved a major restructuring process, including the divestment of assets. To improve its marketability, four standalone units were carved out, which are in varying stages of divestment. Oi earmarked its fibre business — InfraCo — for its future focus, and opted to divest from the remaining three. It seeks to transition to a fibre broadband infrastructure provider for consumer, corporate, and public sector customers, while offering wholesale services to other service providers (Telefónicawatch, #145).