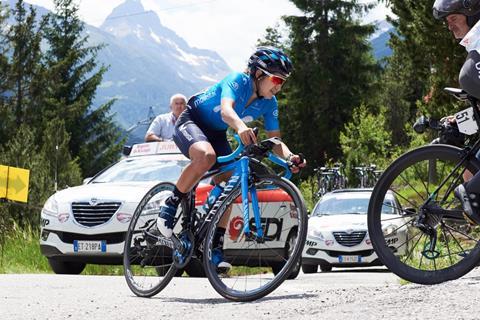 Telefónica Colombia (Movistar) will now take part in the country’s revised auction for LTE spectrum across three bands, having initially refused to join the bidding process. The auction, set to commence on 20 December 2019, will offer spectrum in the 700MHz, 1.9GHz, and 2.5GHz bands, suitable for 4G and potential future 5G networks.

The Telefónica operating business is one of four players to enter the auction, alongside fellow operators Claro (América Móvil) and Tigo (Millicom). The fourth, somewhat surprising, entrant to the process appears to be Novator Partners, a UK‑based but Icelandic‑owned private equity firm. Novator already owns mobile interests in Chile, running the WOM brand that emerged from the breakup of Nextel across the region (Telefónicawatch, #96 and #107).

Minor Colombian market player Avantel did not sign-up to bid in the latest auction, having previously objected to the terms of the process in line with Telefónica (see below). This may be due to continued dissatisfaction with the process, but it could relate to Novator having flirted with an Avantel acquisition, and local media sources suggesting a renewed bid may be in the works, tied in with the spectrum auction.

For a period in early‑November 2019, there had been uncertainty over whether the auction would go ahead at all, after the state received only one offer, from Claro, for available spectrum.

Telefónica, Tigo, and challenger Avantel had refused to join the bidding process because of a perceived lack of transparency, with the rules considered to favour the interests of the country’s largest operator, Claro. After the initial deadline for expressions of interest passed, the Ministry of Information Technology and Communication (MinTIC) first offered operators an extension, but, with continued lack of interest, was forced to suspend the process.

The main point of contention appeared to be the absence of reserve prices for spectrum lots, which they believed gave Claro an unfair advantage based on its strength in the market. While there is a lack of clarity surrounding the detail of the operators’ objections, it appears to Telefónicawatch that they may have felt that without reserve pricing — and, perhaps more crucially, the information on demand that is traditionally shared in the auction process in relation to reserve pricing — the risk of Claro being able to neutralise rivals with high bids was too great.

It appears that with its initial auction plan, MinTIC had been attempting to change the way that auctions are structured to place an emphasis on ensuring broader national coverage, rather than raising funds for government coffers, but it appears that operators feared it would have the opposite effect and over‑inflate prices. With the prospect of legal action raised by Telefónica and Avantel, a revised format intended to address operator concerns was published, and the auction was rescheduled for the new late‑December 2019 date.

After the revised format, including reserve prices, was accepted, Sylvia Constaín, ICT Minister for Colombia, was positive on the prospect of an effective sale. She reiterated the state’s ambition to expand connectivity across the country, and said the ultimate level of interest garnered by the auction “reaffirms that the country is a place of interest for investment”.

The auction is expected to include: