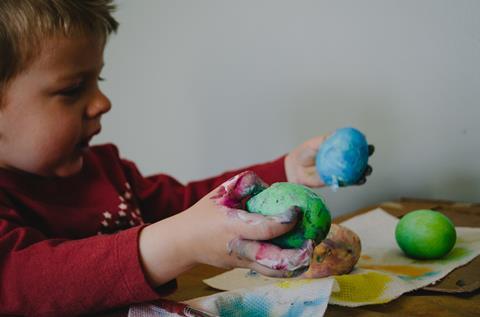 The General Court of the European Union ruled against the European Commission (EC) on its 2016 decision to block the merger of Telefónica UK (O2 UK) and Three UK. While too late to make any difference in a UK market that has moved on, and where Telefónica has now moved to meld Virgin Media and O2 UK (Telefónicawatch, #143), the decision may yet have considerable consequences on future consolidation plans.

The proposed merger at the centre of the ruling was blocked by European authorities based on the anticipated reduction in competition that would accompany the number of UK mobile operators shrinking from four to three (Telefónicawatch, #109 and passim). However, the General Court, the second highest in the European Union structure, found that the EC reasoning was unsound, and based on unsubstantiated assumptions of market impacts and errors in interpretation of European law.

It appears likely that the EC Competition Commission — which is still led by Margrethe Vestager, who was Commissioner in charge at the time of the initial decision — will appeal to the European Court of Justice for a definitive answer from the body’s highest court. Nevertheless, the General Court ruling marks a significant milestone in enforcing closer legal scrutiny into EC decision making on merger activity.

The conclusion of the General Court was based on three principal factors:

Clocks won’t turn back, but could help smooth VM‑O2 path

While the decision will not be able to reverse history, and wave into existence a unified O2–Three, it may give CK Hutchison — and other operator groups — the confidence to consider new acquisition activity, particularly at a time when providers are struggling in competitive markets in the midst of an economic crisis. Increased activity can already be seen in Spain, where a private equity acquisition of number‑four player MÁSMÓVIL is underway, which is sparking rumours that Orange may step in to accelerate consolidation rather than face a supercharged challenger (see separate report).

The decision may also be significant when the impact of proposals to create a new venture comprising Virgin Media and O2 UK are considered, with the EC apparently retaining the right of refusal post-Brexit on determining whether the merger can proceed (see below).

Beyond indications that the EC will likely appeal the decision of the General Court to the European Court of Justice, Commissioner Vestager discussed her views on telecoms consolidation in light of the ruling. She did, though, appear some way away from embracing the kind of unrestrained national consolidation the reversal of O2–Three may imply.

Speaking on a Financial Times event panel in June 2020, Vestager talked up the potential for cross‑border consolidation as an appealing prospect for business, and an uncontroversial development that could be in the spirit of the European cooperation the Commission is intended to foster.

“In some sectors there is indeed room for cross-border consolidation — the telco sector in particular, because here we still have very national markets… It would be good to have more pan-European players. We also have a few big ones like they have in the US. Instead of only thinking about consolidating within the national market then [we can have] a more pan-European approach. We have seen a few mergers in that direction, but not many.”

Reports framed the remarks as a response to the General Court decision. However, the Commissioner has been calling for greater pan‑European consolidation from before this ruling was laid down. In December 2019, Orange Chief Executive Stéphane Richard suggested that the EC is actively encouraging cross‑border deals, alongside consolidation.

“[Vestager] told us very clearly that she was very strongly in favour of network-sharing and network consolidation, which is a form of consolidation… The second point is that she told us that everything that is pan-European will be strongly supported by the EU Commission. ”

Options not completely closed for Telefónica if new regime emerges

From a finances perspective, Telefónica’s ability to pursue an expansionist strategy across Europe appears limited. Similarly, it seems unlikely it would be interested in entering new European markets for the sake of access numbers and additional low‑margin revenue. Nevertheless, the evolving environment may provide opportunities for the Group to participate in consolidation activity.

In June 2020, Group Executive Chairman José‑María Álvarez‑Pallete suggested “the stars are aligning” for consolidation, and stated that “it doesn’t make sense” for Europe to have the plethora of operators it has currently, when major markets such as the USA and China have just three major operators. Álvarez‑Pallete also emphasised a belief that European infrastructure assets are significantly undervalued, and expressed an interest in working on infrastructure joint ventures with third-parties to monetise existing assets and enable greater investment.

While at risk of being too quick to conflate these two separate thoughts, it appears that there may be an opportunity for Telefónica to more ambitiously expand its Telefónica Infra business to create a continent‑wide TowerCo venture that supports both corporate and Commission goals.

There may also be an opportunity to revive an old flame. As a major stakeholder in Telecom Italia for the best part of a decade (before selling its interest to Vivendi as part of a deal to buy GVT in Brazil in 2015), speculation on merger activity between Telefónica and its Italian peer still bubble ups from time to time (Telefónicawatch, #119 and passim). The two operators are already working more collaboratively in the Brazilian market, with infrastructure sharing in place, and have work underway to buy and divvy up the mobile assets of Oi (Telefónicawatch, #141).

While as with many deals involving incumbents, national politics could be a stumbling block for a full merger, there may now be opportunities for the pair to bring their new partnership to Europe.

The UK’s Competition and Markets Authority (CMA) is reportedly in a battle with EC competition authorities regarding which entity is responsible for assessing the proposed merger between O2 UK and Virgin Media (Telefónicawatch, #143). Seemingly, the UK’s Brexit negotiators may have delegated the final say to the European authorities.

The CMA, according to a Financial Times report, maintains that the merger only affects UK customers and may not be completed before the end of the Brexit transition period, after which the UK will be further detached from the EU. It therefore considers that the merger should be a matter decided by UK watchdogs.

The regulatory picture is fuzzier than CMA likes to paint, though, at least upon an initial review of the Brexit withdrawal agreement by Telefónicawatch. This states that “the institutions, bodies, offices and agencies of the [European] Union shall continue to be competent for administrative procedures which were initiated before the end of the transition period concerning… compliance with Union law relating to competition in the United Kingdom”. This appears to give jurisdiction to the EC on the matter, and the Commission may be keen to quickly reassert its position on mergers following the O2‑Three decision in the General Court.

The withdrawal agreement also states that the EU will retain authority to make decisions on matters initially arising during the transition period after that period has ended, and that the court of last appeal for any decision will be the European Court of Justice.

The Financial Times report seemed to imply that both Liberty Global and Telefónica are hoping the decision will be handled by Brussels, believing that EC clearance could be achieved by the end of the year.