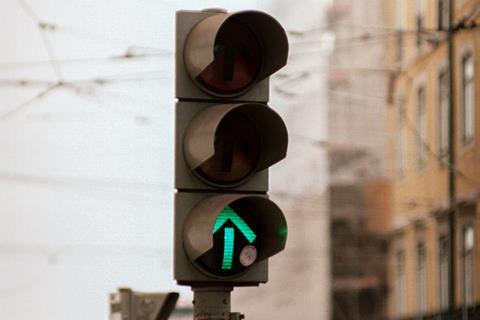 Following an initial review of the likely impact of the merger, the competition watchdog found that the proposed JV would have neither the ability nor the incentive to significantly restrict competition in the UK communications sector.

The preliminary decision is subject to review, with responses to the CMA’s indicative decision invited until 5 May 2021.

A restricted ability to disrupt the market…

As previously detailed, the CMA was considering the potential impact of the merger from two perspectives:

The CMA concluded that in both areas the ability of the new JV to manipulate the market through adjustments to the pricing or quality of services provided to other market players was limited by the existence of alternative providers and equivalent services.

It also concluded in its provisional report that even if Virgin Media-O2 (VM-O2) could drive up costs for rivals through its actions, the areas where it has such influence amount to a relatively minor element of the total cost of service delivery for communication providers. Therefore, it would have minimal effect on prices or the level of competition from an end-user perspective.

On the impact of the deal on the wholesale leased line market for backhaul specifically, the CMA considered that there is sufficient competition from products from fixed network operators including national incumbent Openreach and altnets such as CityFibre, Colt, and Zayo to restrict the influence the new JV could wield. MNOs, including Vodafone particularly, expressed concern that a specific type of dark fibre offering delivered by Virgin Media could not be closely replicated should the new JV choose to hike prices or degrade service, but the CMA seemed convinced that close-enough alternatives would be available at broadly the same cost.

Not only was the ability to cause a significant lessening of competition deemed marginal, the CMA further considered that there would be little incentive for the JV to do so.

The watchdog estimated that the losses that VM-O2 would incur by withholding services from rivals through restrictions on its wholesale products would be too high to justify the action. Even if it could prompt end-users to abandon rivals’ retail services through its actions at a wholesale level, the level of alternative choices in the market would suggest that insufficient customers could be expected to migrate to VM-O2 to compensate for wholesale revenue losses.

This appeared a pertinent point when considering the limited UK market for tightly bundled fixed-mobile products.

Benefits of merger remain to be seen

The CMA report accompanying the provisional clearance was based on its reviews of regulatory documents, market research, submissions from interested parties, and a swathe of internal strategic policy documents from the parties to the merger and their competitors.

From a review of the CMA’s findings, TelcoTitans noted that one area where market history and experience appeared to be pointing in a different direction from the declared expectations of O2’s and Virgin Media’s owners was on the topic of demand for bundled fixed-mobile services in the UK.

While supporting documents were hugely redacted for commercial confidentiality reasons, there was enough to suggest that it will be difficult for the VM-O2 JV (along with other players in the sector) to develop a substantial market for bundles. The CMA highlighted that fixed-line services are generally treated as “household” decisions, while mobile services are personal choices, with little incentive existing to bring the two together under a single contract.

The low margins across both fixed and mobile elements of the communications sector also make it difficult to deliver lower bundled prices, meaning that if the price of a bundle increases materially, consumers are ready and willing to unbundle services.

There likely remains a host of operational and financial benefits for the Telefónica and Liberty Global in following through with the merger, which have previously been noted. The prospect of a land grab for market share through a disruptive, bundle-based and consumer-friendly, price war is unlikely to be part of any plans.