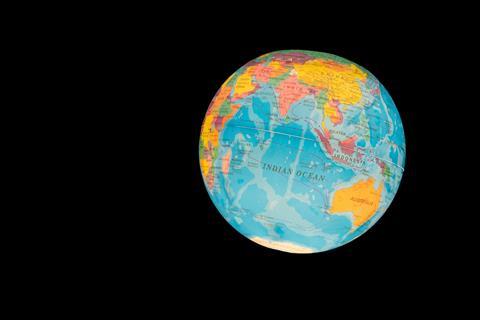 Deutsche Telekom (DT) is in the process of setting up ten new international entities as part of a move to refashion its home market business into an international telecoms services player.

A formal outline of the reorganisation, provided by DT to Deutsche Telekomwatch, shows “NewCos” have been created, or are in the process of being established, in several Asian, European, and Latin American markets, to support the international ambitions of Deutsche Telekom Business Solutions (DTBS), its new, Germany-based unit.

Since early-2019, new entities have been set up, under the Deutsche Telekom Global Business Solutions brand, in nine countries (Austria, Denmark, France, Hungary, Mexico, Singapore, Slovakia, Switzerland, and The Netherlands), according to the document.

A further NewCo is in the pipeline for Argentina, although has been delayed by COVID-19 restrictions. In several other territories, existing businesses have been rebranded.

All of the new or renamed entities have been brought under the wing of Telekom Deutschland (TDE), DTBS’ parent NatCo.

The programme does not appear to have seen DT expand into any new territories, but TDE — until now predominantly focused on Germany — will now have a presence in at least 25 territories.

The complicated rejig forms part of the broader overhaul of DT’s B2B operations, initiated in 2019 and seeing its international communications and carrier services business folded within TDE (Deutsche Telekomwatch, #94 and passim).

Largely, the new country units are being set up to separate their activities from local units of T-Systems (T-Sys), their former parent division. T-Sys, previously a one-stop-shop for telecoms and IT products and services, is in the midst of a wider rationalisation programme and has distilled focus onto IT and digital services as part of the asset switch with TDE.

DTBS’ creation: the nuts and bolts

Loose ends still to tie up in broader B2B overhaul

Following talk of intra-Group duplication and tension, DT hopes the switch-around will more clearly delineate TDE and T-Sys’ activities in the B2B space, and create a more flexible and harmonious platform to create growth and tackle operators’ prolonged profitability challenges in enterprise services.

It might not yet have ironed out all the creases, however — one question is how DTBS will ensure smooth inter-working with other NatCos where it overlaps with their footprint, including in several European markets and the USA. All DT NatCos have their own internal B2B operations and awkwardly, in some cases (Magyar Telekom, T-Mobile Czech Republic, and T-Mobile Poland) retain former T-Sys enterprise subsidiaries, absorbed under previous attempts to overhaul the enterprise division (Deutsche Telekomwatch, passim).

Another is how much sense it makes to have distinct departments within DT all separately pushing IoT, security, IT, and telecoms services in Germany and across international markets.

TDE is also yet to articulate exactly how it plans to expand the DTBS business, and improve margin — although post-COVID-19 era remote connectivity services are sure to feature.

T-Sys’ International Revenue line — across IT and telecoms — represented only around a quarter of its total sales in the year to 31 December 2019, and was down 2.8% in the twelve months, to €1.76bn.

When it officially came into operation on 1 July 2020, DT indicated DTBS had taken on about 8,000 staff from T-Sys, around 5,000 of which are based outside Germany. These figures do not appear to include any existing TDE employees that have transferred into DTBS, or DTGC staff.