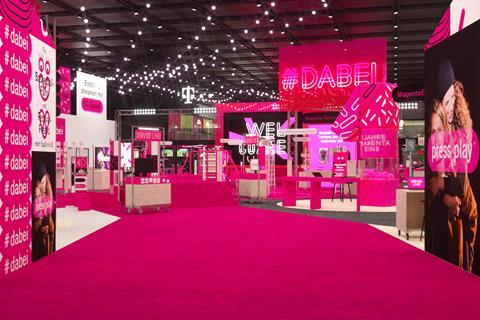 Telekom Deutschland (TDE) received yet another legal setback with regard to its StreamOn offering, and has now conceded that it will have to amend the two most controversial aspects of the service to avoid cancelling it altogether – at least for the time being.

The NatCo is no longer reducing StreamOn data speeds for video streaming to 1.7Mbps, and will also allow the zero-rated service to be used in the European Union (EU), rather than only in Germany, from September 2019. In an attempt to retain something of the moral high ground, TDE declared in a blog post that it would rather make the changes than deprive the two million StreamOn customers of the service, and said it will not impose any additional charges. Christian Illek, Chief Financial Officer at Deutsche Telekom (DT), declined to detail the financial impact of the changes.

The latest twist in a long-running saga over StreamOn came after the Oberverwaltungsgericht (OVG) für das Land Nordrhein-Westfalen (Higher Administrative Court for the Federal State of North Rhine Westphalia) in Münster decided in an urgent procedure brought by TDE that the media offer could not continue in its current form.

The court therefore upheld a first-instance ruling by the Verwaltungsgericht Köln (Administrative Court in Cologne), meaning that both courts backed a 2017 decision by telecoms regulator the Bundesnetzagentur (BNetzA) that the two disputed aspects violate EU network neutrality and roaming rules (Deutsche Telekomwatch, #69 and #79). The rules require service providers to treat all traffic equally, and throttling data speeds or limiting where the service can be used in the EU are deemed to be in contravention of these rules.

In DT’s Interim Group Report for the period to end-June 2019, the Group noted that the court “will review in separate principal proceedings whether the steps to optimise data traffic as well as the restriction of the service to Germany are compatible with the EU’s net neutrality rules”. DT also pointedly said that BNetzA orders regarding the optimisation of data traffic and the obligation to make the service available within the EU must be followed “for the time being”. The Group has consistently argued that the StreamOn offer is voluntary and does not violate EU law. However, as Deutsche Telekomwatch has previously reported, the latest ruling will do little to assuage its concerns over regulatory approaches in Europe.

DT has increasingly been pushing zero-rated services inspired by Binge On, the high-profile streaming platform unveiled by T-Mobile US in November 2015, and the Datavrije Muziek (Data-free Music) service launched by T-Mobile Netherlands in October 2016. TDE launched its StreamOn service in April 2017 (Deutsche Telekomwatch, #61), and, since then, similarly styled services have been released by several NatCos including Cosmote Greece, Hrvatski Telekom, Slovak Telekom, Telekom Romania, T-Mobile Czech Republic, and T-Mobile Poland.

Against the backdrop of legal and regulatory opposition, TDE has continued to expand the StreamOn partner ecosystem, adding a raft of new music and audio, gaming, and video streaming partners since 1 August 2019.

In June 2019, it also introduced social and chat streaming partners including Facebook, Instagram, Messenger, Snapchat, Telegram, Tinder, Twitch, Twitter, WhatsApp, and YouTube, and currently offers the new Social&Chat option free of charge for MagentaMobil customers – although the promotion only runs until 5 September 2019.

The NatCo said it now has 248 partner services for music streaming, 124 for video streaming, 38 for gaming, and ten for social media and chat applications.