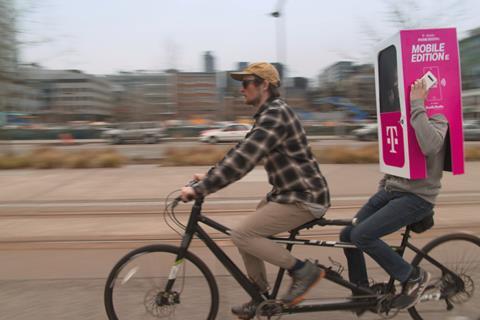 T-Mobile US (TMUS) filed an application with the Federal Communications Commission (FCC) to extend a period of experimentation in the 2.5GHz frequency band. The move relates to an existing Special Temporary Authority (STA), issued by the FCC, which allows TMUS to look at signal propagation characteristics at 2.5GHz and “gain a better understanding of the new, innovative services that this band can offer”.

Under the current STA, due to expire on 2 October 2019, TMUS said it had been conducting experiments at five fixed locations in Washington and Utah, compromising both indoor and outdoor environments. The tests have seen ten mobile devices situated around each location – in places where the 2.5GHz band is unlicensed – along with prototype equipment reportedly supplied by “several manufacturers”.

The project comes with TMUS continuing attempts to push through its takeover of rival Sprint, which has considerable 2.5GHz assets (Deutsche Telekomwatch, #85). “As soon as this deal closes we can start deploying 2.5GHz on our network”, said Neville Ray, Chief Technology Officer at TMUS, speaking at the Goldman Sachs Communacopia Conference, held mid-September 2019. It is still not entirely certain the merger will go through, however. The FCC faces a court case from 18 State Attorneys General, due to start on 9 December 2019 (if a settlement is not reached first). They argue the merger is anti-competitive for the American consumer.

All systems go for Auction 103

In another spectrum development, the FCC allowed TMUS to part in Auction 103, which is slated to start on 10 December 2019 and put concessions in the 37GHz, 39GHz, and 47GHz frequency bands under the hammer. Special permission was needed to participate given the proposed merger with Sprint. The FCC gave TMUS similar permission to bid in Auction 101 and Auction 102, which were completed in January 2019 and May 2019, respectively, and saw TMUS pick up 24GHz and 28GHz resource for high-bandwidth, localised 5G network rollout (see table).