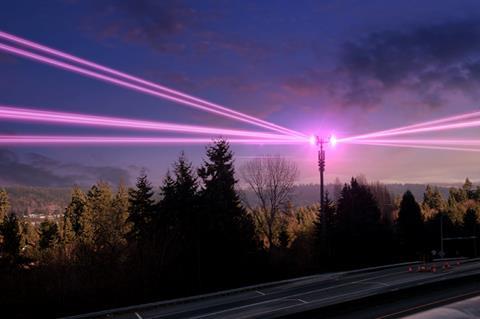 T-Mobile US’s post-merger integration programme is said to be witnessing another wave of layoffs, this time in networking and engineering posts, as the operator targets increased cost savings from the Sprint deal.

Posts on blogs and forums regarding reported staff cuts at the operator have spiked in recent weeks, following a similar mass cull in July 2022.

It is not clear whether the layoffs are part of a planned slimming of the workforce as merger synergies are extracted, or whether the rocky macro picture has prompted the move. If the former, it would appear to go against assurances made by the operator during the merger proposal process. T-Mobile said the deal would “create new jobs from day one” (Deutsche Telekomwatch, #92).

When the July layoffs were confirmed, the operator told TelcoTitans that it was part of “ongoing course-of-business organisational shifts”. The same rhetoric was employed by spokespeople again in this instance.

As reported by Fierce Wireless, large US businesses are required to issue a notice of large-scale layoffs on the Worker Adjustment and Retraining Notification (WARN) database. No such filing has been made by T-Mobile, and it appears that fewer than 500 employees were sent home. Fierce Wireless, however, added the caveat that companies can avoid a WARN notice by staggering layoffs over a period of several weeks and months — as T-Mobile appears to have done.

While the July spike focused on administrative and management roles, this August wave appears to have impacted staff in engineering, network, and technical positions. It coincides with comments from T-Mobile management about a faster-than-anticipated network integration process.

In its latest Annual Report, published in early-2022, T-Mobile noted plans to realise cost efficiencies “by eliminating redundancies within our combined network”, albeit without offering a firm timeframe.

Two-thirds of the operator’s 35,000 targeted network sites were decommissioned by the end of Q2, with plans to complete the process by the end of Q3.

A T-Mobile US spokesperson said the operator is continuing to hire “top talent”, despite efforts to “evolve our structure”. T-Mobile currently has about 3,200 vacancies listed. More than two-thirds of these posts are part-time positions.

The spokesperson added that of the impacted employees, “many of them will be offered different positions”. TelcoTitans did not receive a response to a request for more information.

The Communications Workers of America (CWA) union issued repeated warnings during the merger process about the potential for jobs to be lost during consolidation and integration. The CWA updated its analysis of the impact of the T-Mobile−Sprint merger in April 2022. It found that the operator had closed 32% of its corporate-operated stores, 13% of third-party stores, and 18% of Metro by T-Mobile outlets. Rivals, meanwhile, cut 7% of stores, according to the CWA review. CWA Researcher Nell Geiser, speaking of the union’s call for a policy overhaul, said the “merger between T-Mobile and Sprint is a prime example of why revisions to these guidelines are so critical”.