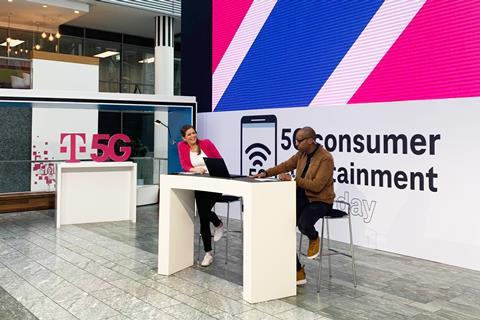 The trio were enrolled in the 5G Consumer Entertainment Program — hosted by hubraum in partnership with German media group Mediengruppe RTL and seed‑stage venture capital fund Quake Capital. This offered discretionary investments of “up to €250k” to graduates, although exact investment sums have not been revealed.

Four other startups were enrolled in the programme (360 Stories, Marble AR, Open Sesame, and Proxy42), which opened for applications in March 2020. Artificial, virtual, and mixed reality (AR/VR, or XR) solutions were highlighted as appealing, alongside eSports, music and video, and mobile gaming. All seven participants, however, leverage XR technology.

The three‑month accelerator course offered access to Deutsche Telekom’s 5G network and infrastructure in Bonn, although a ‘Demo Day’ in early‑October was held virtually, with the startups participating from “seven time zones”, according to hubraum.

Deutsche Telekom has over the past several years positioned XR as a key use‑case, and not just for 5G. There has been a particularly heavy focus on offering 5G testing capabilities to AR/VR startups (Deutsche Telekomwatch, #85, #92, and #98).