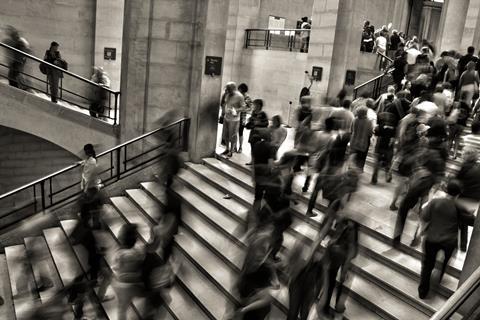 As the German authorities, and the app’s developers Deutsche Telekom and SAP, celebrated the country’s Corona-Warn-App reaching nearly 16 million downloads in its first month of operation subsequent reports of performance faults cast a pall over updates.

Stories in the German press highlighted issues linked to both Apple iOS and Google Android operating systems that have meant that over the course of the first month many users have not been updated on potential contacts with COVID-19 in a timely manner. The reports initially appeared in the newspaper Bild, and highlighted that some Android device makers, including Huawei and Samsung, issue phones with restrictions on apps automatically refreshing in the background in order to help conserve battery life. This approach was said to mean that users — potentially millions, according to reports — may not have received an alert indicating close contact with an infected person until they opened the app.

A similar problem with iOS was also identified, with reports that the app was not performing background refreshes regularly enough on iPhones. An update to the app released in the Apple App Store in the days following the initial report of background refresh problems was said to have addressed the issue.

SAP’s Chief Technology Officer Jürgen Müller was quick to defend the tracing technology in a blog update that came just a week after he had heralded a successful launch month for Corona-Warn-App. Mueller stated that device makers using the “non-standard” approach to Android set-up are looking at addressing the issue, and among these, Huawei has already committed to an update to resolve the problem with its devices. The app version in Google Play has also been updated so that the end-user can manually switch on background refresh, with Müller outlining a process that involves wading through the app settings to confirm the refreshes are permitted.

As well as responding to the media reports, Müller reiterated that 500 users had been tested positive for COVID-19, and highlighted the effectiveness of the app in notifying people that had been in close contact with positive-test users. Müller also recognised bugs and faults are in the nature of app development.

Müller was joined in his attempts to downplay the faults in the app by Timotheus Höttges, Chief Executive of Deutsche Telekom, who shared anecdotes of the positive response the app has received, and pointed to Müller’s reassurances as an explanation for the newspaper reports.

Meanwhile, a federal government spokesperson, when asked about the background refresh problems, pointed to the FAQs for Corona-Warn-App, which address several existing issues that have been recorded and lay out steps for resolution. Problems with background app refreshing have been documented in this list for some time, according to the government.

… but we still fixed it

DT spokesperson Harald Lindlar was perhaps more contrite than SAP management on the issues reported in the press, acknowledging the problems, and explaining how the app had been updated to rectify them. He also framed the problem as a failure to adequately share information, rather than an intrinsic issue with the app itself.

Lindlar said that DT and SAP “will improve the communication process in order to give the population important operating instructions more quickly and to inform about possible restrictions”.

While the fault appears an understandable consequence of the rapid turnaround on the app, and an issue that is on the way to being resolved, the DT–SAP management insistence of ‘nothing to see here’ is at risk of creating a perception that public concerns are not being addressed. This risk may be exacerbated by political pressure, as opposition politicians air worries about the efficiency of the tracing programme and the role of technology in it. This could be damaging for an app that depends on end-user trust to thrive, and the subsequent full disclosure approach from DT’s communications team may indicate that the risk of a loss of trust has been recognised.