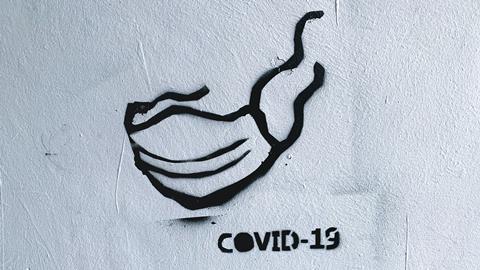 The ruthless efficiency applied to the development of the Corona-Warn-App by Deutsche Telekom (DT) and SAP looks to have trickled down to the project’s bottom line, with some costs apparently lower than expected.

According to Deutsche Presse-Agentur, which saw a breakdown of costs from the German Health Ministry, SAP’s initial software development costs amounted to €7.15m — almost €4m less than the €11m budgeted by the German government.

T-Systems (T-Sys) apparently received €7.8m for the development of the IT infrastructure and two hotlines, although it was not revealed whether or not this sum came in below or over-budget.

T-Sys is also said to be generating monthly running costs of between €2.5m and €3.5m. According to calculations by Uwe Kamann, Member of the Bundestag (German parliament), total development and running costs will amount to €67.45m by end-2021. The German Finance Ministry originally estimated costs of up to €69m.

Furthermore, the Health Ministry insisted that the expansion of the app’s reach beyond Germany will not lead to a further increase in costs.

SAP and T-Sys were selected by the European Commission (EC) to work on harmonisation of tracing systems across borders (Deutsche Telekomwatch, #96).

In September, the EC began test runs between the backend servers of the official apps from the Czech Republic, Denmark, Germany, Ireland, Italy, and Latvia, and a new EU gateway server. The gateway is hosted at the EC’s data centre in Luxembourg and is expected to become operational in October.

The Health Ministry revealed some of the financial details about the Corona-Warn-App some two months after Kamann raised questions in parliament about costs.

Despite the revelation that some costs had been lower than budgeted, Kamann, who has a strong IT background and is also an advisory member of the Digital Agenda Committee at the Bundestag, was extremely critical of the project and said costs were getting further out of hand.

According to Frankfurter Allgemeine Zeitung, he described the project as a “great stroke of luck” for SAP and T-Sys but a total economic failure for the German taxpayer, with no measurable benefit in combating the coronavirus pandemic.

Kamann also accused the government of entering into the contracts “without examination” and said they did not correspond to market conditions.

He said he intended to investigate the matter further and would request that the topic be put on the agenda of the Digital Agenda Committee.

Frankfurter Allgemeine Zeitung noted that the Health Ministry merely reiterated that everyone who uses the app contributes to the fight against the pandemic.

Latest figures indicate that the Corona-Warn-App had been downloaded more than 19 million times as of 9 October 2020. Around 62% of users who test positive share their test results with the wider community.