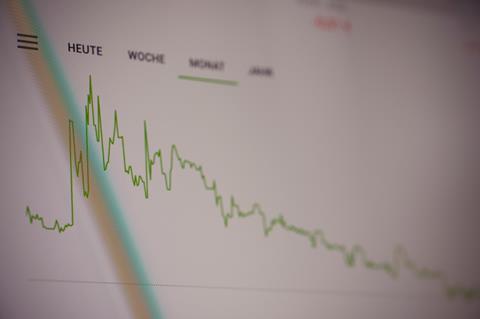 Deutsche Telekom’s Board of Management members walked the nine hours of talk they put out during the Group’s Capital Markets Day last week by making a coordinated bulk-buy of shares.

Fresh regulatory filings show the eight-strong senior leadership team collectively bought €3.92m-worth of DT shares on 25 May, with CEO Timotheus Höttges leading the way by laying out €1.25m. These all appear to have been acquired under the board’s Share Matching Plan, which gifts additional shares at no further cost.

The buy‑in — equivalent to more than half of the Management Board members’ fixed salaries during FY20 (57%), or 18% of their total compensation — came after Höttges flagged the operator’s senior management was set to buy a “big pile of stock” in the wake of the investor forum. “This is another commitment, because we believe in our shares”, he said during the event.

As a director, Höttges and his family have been growing a personal stake in DT since at least 2012, over the years adding around 675,000 shares worth €11.5m at recent market valuation, with a potentially similar amount accruing in ‘matching shares’, and possibly others — together, giving an exposure in the region of €20m or more. No other director obviously comes close (nor in seniority or tenure), with Nemat and Illek closest but still with less than half of Höttges’ commitment and potential wealth. As a new addition, Leroy has the smallest stake, followed by Bohle and Al-Saleh.

The move is the second such show of faith by European telco executives in recent weeks, after BT Group CEO Philip Jansen’s purchase of £2.04m (€2.37m) worth of the UK operator’s shares on 17 May, backing up his bullish slant on its annual results statement and fibre rollout expansion announcement the previous week.

DT and its UK minority investment are both seeking to win greater share investor confidence but are coming at things from different angles.

While BT’s outreach is about calming future cash flow jitters and overcoming broader City scepticism, DT has a less deflated price-to-earnings ratio (19.32 versus BT’s 12.08, as of this morning) and is seeking to address a perceived mismatch in how it is valued in comparison with NatCo T‑Mobile US. The latter has a currently extraordinary ratio of 64.94 (temporarily elevated by Sprint integration costs’ drag on its bottom line), and dwarfs DT in terms of market capitalisation — $176.2bn (€144.5bn) versus €81.2bn, despite being 43%‑owned by its German parent.

As with Jansen and BT, at least for their own business, a central message from Höttges and his team during the Capital Markets Day was that 5G‑ and fibre‑led digital opportunities can drive revival in Europe, and that DT is a “multi-bet” for share traders, rather than purely reliant on its US powerhouse.