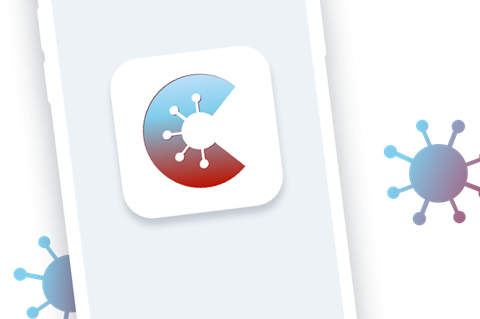 Reports in the German press pointed to an imminent launch of the Corona-Warn-App proximity tracing app, developed by Deutsche Telekom and SAP to combat the spread of the coronavirus. The partners have seemingly delivered the app in a little over a month since the government handed them responsibility for its development in May 2020, with ministers now acknowledging the tracing system could have been up and running more rapidly if an earlier decision to bring in DT’s T-Systems division and SAP had been made.

Of the two partners, SAP has been the more vocal about the development of the app, with regular updates on progress on its blog, and details of the ins and outs of how the open source, decentralised tracing system will work. The software provider said development has now reached the “hot phase” as milestones are pursued on the completion of testing, preparations for uploading to app stores are made, and data protection and licensing documentation is compiled.

Once the new system is launched, most test centres in Germany will offer people a QR code following their test for the virus. Once activated within the new app, this will enable the results of testing to be sent directly to the individual’s device, alongside an invitation to notify all possible contacts.

For people not wishing to use the QR approach, DT is managing contact centre facilities to notify people on test results.

Ready, but far from faultless

While the app is ready for launch, the partners have recognised that the solution is by no means perfect. Weaknesses for the technology have been acknowledged, with Bluetooth’s inability to detect glass meaning that people on two sides of a window may be erroneously recorded as contacts. It also can be blocked by more solid physical obstacles — so, for example, people standing between two transmitting smart devices may block the signal from transferring.

A further challenge for the partners has been ensuring uniform performance across smartphones, particularly within the Google Android ecosystem. DT provided details of the 50 most popular devices in the market to ensure that distance estimation algorithms are consistent, and the drain on battery life by using the technology is minimised.

Tracing beyond borders remains over the horizon

When launched officially the new app will still only work in Germany and not across European borders.

However, DT is involved in standard body ETSI’s new tracing industry specifications group, Europe for Privacy-Preserving Pandemic Protection (ISG E4P). A major challenge for ISG E4P will be identifying a way to integrate apps based on the decentralised approach of countries including Germany with systems from countries such as France where a centralised database is in place.

Helge Braun, Head of the Chancellery and a key figure in Germany’s COVID-19 response, suggested that with hindsight, the oversight of the tracing app should have been handed over to DT and SAP ten days earlier, in late-April 2020. A government spokesperson suggested that such a decision could have seen the work completed even more quickly, and have seen a launch two-three weeks ago.

While the project team working on development prior to the DT–SAP move was praised for effort, Braun suggested there were differences of opinion within the initial group on the fundamental approach to tracing applications and that these were slowing progress. The split appears to have been along the centralised versus decentralised database faultline, and opposition politicians have criticised the government for taking too long to make its own mind up on which approach to pursue before committing to the decentralised technology.