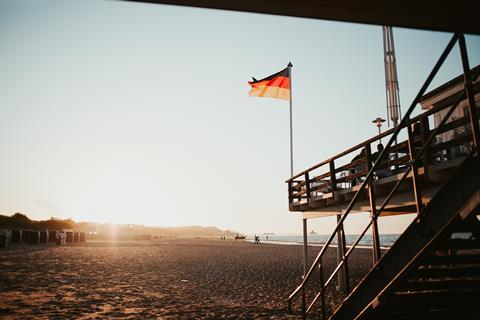 Of direct interest to network operators is Zukunftspaket, or package for the future, aimed at climate change mitigation and the promotion of technologies deemed important in the medium- and long-term. More than €50bn has been set aside for Zukunftspaket over the “next few years”.

Zukunftspaket includes tax breaks for research and development in the fields of quantum computing and artificial intelligence (AI), as well as the creation of a sizeable, €5bn pot for the establishment of a new and presumably state-owned mobile infrastructure company. This element of the plan — previously trailered in 2019, as operators and regulators wrestled over ways to extend mobile data access, following the country’s runaway 5G rights auction — has not yet been laid out in detail, but the aim is to take 5G into hard‑to‑reach and ‘uneconomic’ areas that private operators typically shy away from.

To encourage consumer spending — also of interest to network operators and other retail sectors — the coalition announced a cut in value‑added tax, from 19% to 16%, between 1 July 2020 and 31 December 2020.

“We welcome the package and its various components”, Hannes Wittig, Head of Investor Relations at DT, told Deutsche Telekomwatch. He highlighted pledges to accelerate mobile tower deployments and simplify administration of fibre subsidies — along with enabling a “modest reduction in energy costs” — as helpful directions of travel from the government.

In a prepared statement, Hannes Ametsreiter, Chief Executive (CEO) of Vodafone Germany, thought the federal government’s growth package will “help Germany come out of the corona crisis stronger”. He said that the support for ‘future’ technologies — including open RAN and 6G — as well as expansion of mobile radio reception on railroads, will improve the country’s networks. “What counts now is smooth cooperation and quick implementation”, added Ametsreiter.

Telefónica Deutschland had not published a statement on the stimulus package, or responded to questions, at the time of going to press.

While the plan to create a new, alternative mobile infrastructure company does not reflect particularly well on Germany’s incumbent mobile network operators (MNO), or policy-makers, it is not that surprising that the operators welcomed that particular development.

Rural coverage has long been a clear area of industry failure in Europe, and with cash pressures continuing to stifle progress, and post-COVID‑19 uncertainty and supply chain geopolitics now thrown into the mix, it was evident something had to give. Even the once-buccaneering, free market advocate Vodafone has been calling for a closer relationship with state, based around a new ‘social contract’ between operators and authorities. Financial backing from government — albeit not on the same scale — is also underpinning the Shared Rural Network recently announced in the UK.

Strategically, there appears little downside for DT and rivals. Assuming the new entity remains rural-focused, it will not eat into the areas they care about most, while also lancing some of the pressures they face to spend more on improving coverage elsewhere. Their long-running return-on-investment pain has been intensified by major (but arguably unavoidable) overspend in the 2019 5G auction — labelled “catastrophic” by Ametsreiter (Deutsche Telekomwatch, #94) — and they have since then only really been able to cobble together a partial solution in talks over how to spread the 5G cost burden. In 2019, they agreed, with input from Germany’s Bundesnetzagentur (BNetzA), a tripartite deal covering collaborative construction of 6,000 new sites in ‘white spots’, and updated coverage commitments, in return for a longer payment plan for 5G licences. There has also been a relatively limited, bilateral tie‑up between Telekom Deutschland and Vodafone, covering 4,000 sites in ‘grey spots’, and apparent scant progress in national roaming negotiations between the incumbents and potential fourth MNO 1&1 Drillisch (Deutsche Telekomwatch, #91 and passim).

At the same time, it is evident political frustrations have been building and the new infrastructure company — originally mooted when the operators and BNetzA announced their ‘pact’ in 2019 — is now being pushed forward. All three MNOs were called out by the regulator earlier in 2020, for missing many of their regional- and transport-focused LTE coverage obligations, and face fines if they do not remedy shortfalls in the coming months. Group CEO Timotheus Höttges appeared stung, during DT’s last earnings call, by the operator’s detractors in Germany, saying that its critics had been “very, very quiet” in the wake of the COVID‑19 crisis and the role DT had played in supporting German businesses’ move to remote-working.

Adding to this sense of a ‘win’, through delegation, is that other telecoms industry players feel MNOs have been let off the hook by the €5bn venture. Bundesverband Breitbandkommunikation (BREKO), which represents the majority of alternative fixed‑line broadband network operators in Germany, thought that too much money had been set aside for the new infrastructure company. “It should not be the case that the mobile phone companies are now able to fulfil their coverage requirements and commitments through the back door with taxpayer money”, said Stephan Albers, Managing Director of BREKO. He ruefully added that the federal government had previously budgeted €1.1bn for the establishment of up-to-5000 mobile sites to cover remaining white spots — so well short of the touted €5bn that is needed for the task. Albers argued that more state funding should be allocated to support fibre rollout in under-served areas.

Open the RAN, or else

Wittig further welcomed federal government support for open RAN and its associated principles of interoperability between hardware and software suppliers.

In a stance likely to be met with approval from Höttges, the coalition said it was willing to explore regulatory measures, at a national and European level, to improve interoperability of network components. “We want to facilitate market entry for innovative network technologies”, said the coalition in its paper detailing Zukunftspaket and the wider economic stimulus package.

In early-May 2020, Höttges said DT was prepared to “heavily support” any legal enforcement of open RAN. “[Open RAN] is something which we are highly lobbying and which we are committing to”, he asserted. The CEO has an ambition, similar to Vodafone’s, of disaggregating the “entire RAN infrastructure” across different generations of cellular technologies (not just 5G). Höttges argued that opening up 5G RAN networks should be the first step, followed by disaggregation of the “entire RAN infrastructure”. Höttges now seems to be closer to pushing the button on open RAN rollout within DT, although timelines and the geographical extent of DT’s intended deployment are fuzzy.

Höttges’ greater enthusiasm for open RAN deployment seems to stem from a recent tie-up between the O‑RAN Alliance, with which DT has had a lengthy association, and the Telecom Infra Project’s (TIP) OpenRAN initiative. While TIP has mainly focused on developing next-generation infrastructure use‑cases, O‑RAN Alliance work revolves around the development of open and standardised interfaces. Höttges appeared to welcome the coming together of the two open RAN industry efforts as some sort of breakthrough. Because of this “alignment”, he indicated, “all the big telcos are working on these initiatives going forward”. The GSM Association also recently tied with the O‑RAN Alliance to help firm up open RAN deployments.

Merkel has still to give a clear lead on the possible role (or non-role) of Huawei Technologies in Germany’s 5G infrastructure. In a press conference to announce the €130bn stimulus package, Merkel talked on the one hand of “digital sovereignty” — hinting, perhaps, at a desired distancing from the Chinese supplier — and working with China (and the USA) as partners on the other.

Höttges noted recently that a decision from Berlin on Huawei as a 5G RAN supplier — DT is already working towards a “Chinese-free” network core in Germany — had been delayed because of COVID‑19. His apparent expectation that a decision will be made soon has yet to be realised.