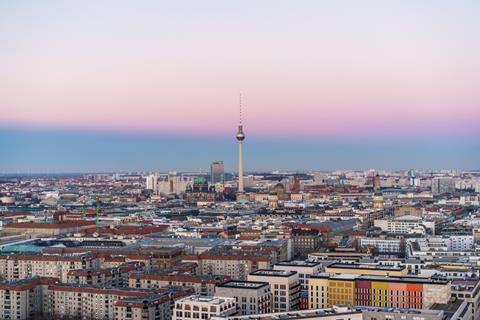 Deutsche Telekom (DT) unveiled the winners of the second Wave at its TIP Ecosystem Acceleration Centre (TEAC) in Berlin.

After a lengthy selection process, which apparently involved weighing up the pitches of some 120 startups from around the world, five were selected: EdgeInfra; ng‑voice; Rapid.Space; Shoelace Wireless; and Swim.ai.

Alongside BT, SK Telecom (SKT), and others, DT is an enthusiastic supporter of the TEAC initiative — part of the wider Facebook-backed Telecom Infra Project, of which DT is a co-founding member — to try and diversify telecoms supplier ecosystems by lending startups a helping hand.

Winners of Wave 2 will co‑work at the Berlin facilities of hub:raum, DT’s tech incubator, over a 12‑month period. There, they will be able to test various advanced technology platforms, including 5G and open compute, as well as receive mentoring. Opportunities to pitch to the “right” venture capitalists are also possible.

In a recent interview with TelecomTV, Marina Traversari, TEAC’s Global Programme Lead, said disaggregation — where engineering projects tend to be modular, so making completion and commercialisation of them within a short timescale more likely — was one way in which TEAC distinguished itself from other tech incubators.

“Acceleration is important”, she insisted. “We really exist to enable a faster, fresher and more open approach to innovation, so speed is absolutely key, along with reach and opportunity. Those are our three keywords at the moment.”

Traversari indicated she was not entirely happy with the current TEAC set-up, however. One priority is to “strengthen the interplay” between TEACs run by different hosts: the ideas being that hosted startups can have an opportunity to collaborate with other centres.

Implementing procurement best practice for startups is another Traversari priority. “The process needs to be kept lean as most of them only have small teams, so it would be great if someone in the bigger telcos had a smaller team to assist”, she said. Only then, she suggested, would it be possible to “fast track” the onboarding of startups.

DT is strategically close to the hosts of the other TEACs, holding a minority stake in the UK’s BT Group and maintaining close technology links with South Korea’s SKT.

SKT gearing up for Wave 3

SKT has already embarked on Wave 3 at its TEAC in Seoul. The deadline for applications was 30 June 2020, but no firm date — as far as Deutsche Telekomwatch can determine — has been given as to when the winners (a minimum of five) will be announced.

Drones and real‑time cloud video overlay, for example, which require low latency, and the likes of cloud gaming and AR/VR (which need massive data processing) are areas of interest.

The operator is also interested in developing what it calls “non face‑to‑face services related to the post-COVID‑19 era”. Education, concerts, and e‑sports are part of the Wave 3 brief.

On the network side, SKT is looking at tech for processing ultra‑low latency data traffic, and network virtualisation based on OpenStack or Kubernetes.