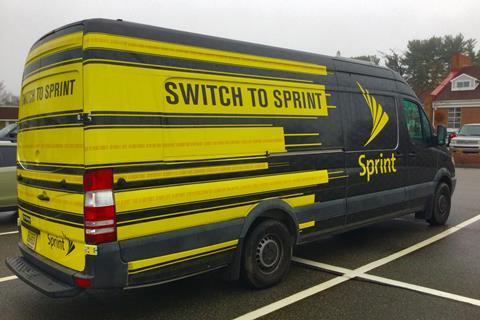 When scheduling Deutsche Telekom’s (DT) third quarter (Q3 FY19) presentation — its last financial performance update during calendar 2019 — the Group’s leadership would have been hoping to have cleared much of their to–do list for the twelve months and to have set themselves up for a fresh set of priorities in 2020.

It was not to be. The discussion was dominated by unfinished business and unrealised objectives — especially the ongoing uncertainty and delays being experienced in the effort to wrap up T‑Mobile US (TMUS) and Sprint’s mega‑merger. An early Christmas present remains a possibility, as the accompanying legal battle with state authorities nears settlement or court proceedings — but even if so, many do not expect the deal to now complete until early‑2020.

Ever-effusive Chief Executive (CEO) Timotheus Höttges sought to inject some spark into the financial update, hailing Q3’s numbers as representing the “best quarter [in] 15 years at Deutsche Telekom”. Nonetheless, the ongoing muddiness stateside, and its implications for DT’s investment planning, saw the Group announce a reduced, €0.60-per-share dividend for FY19, “deal or no deal”. The move came despite an increase in FY19 earnings guidance and another set of strong TMUS results. Although with multiple moving parts, it was at least partly down to the cost of a 5G rollout acceleration by the American NatCo — part of an apparent choreographed display of aggression for both customers and authorities as the deal denouement nears (see separate report).

With Group net debt now north of €60bn, balance sheet pressure is clearly one of DT leadership’s top concerns, and being exacerbated by the prospective Sprint merger (which will see TMUS ramp borrowing, but remain consolidated within DT — Deutsche Telekomwatch, #73). Regardless, DT is keeping the hammer down — it raised its guidance for FY19 capital expenditure (capex) and has plenty on its investment agenda for the coming twelve months, with 5G, fibre-to-the-home, and tower expansion initiatives yet to obviously get fully going.

DT’s shares slipped on the dividend announcement, despite management seeking to sweeten the medicine by setting €0.60 as its new, higher medium-term floor for shareholder pay-outs, and again floating the prospect of asset sales to raise cash. It also had the cover provided by arch-rival Vodafone’s announcement of a dividend “rebasing” in May 2019. Höttges sought to highlight the decision as a “very tough” one, and asserted that it “strikes the right balance… between the shareholder returns and prudent funding of the many attractive growth opportunities we have in our footprint”.

The positivity of Höttges’ take on the Q3 performance was justifiable, when delving into DT’s figures.

However, it did take some sifting to identify the exact data he had selected to claim that these were DT’s best numbers for a decade-and-a-half. His comment that “out of five segments, three segments are growing [by] double digits, and the others are all positive”, appeared a reference to DT’s adjusted earnings before interest, taxation, depreciation, and amortisation after leases (EBITDA AL) for the FY so far (i.e. Q1–Q3). This ignored the Group Headquarters & Group Services segment, which is only internally-focused.

Out of the five divisions he referenced, Group Development, Systems Solutions, and the USA form the trio that have generated EBITDA AL growth of above 10% during this period, with Germany (+2.4%) and Europe (+5%) also contributing to the Group’s momentum.

At the same time, there were some blots on the copybook and the sense was that despite the CEO’s buoyancy, the DT engine is still not firing on all cylinders.

DT’s growth remained largely dollar-denominated in Q3. Net revenue increased by 4.8%, to €20bn, but the USA was the only one of the major four DT segments to report significant growth (i.e. of above 1%). TMUS produced a 2%‑rise in total revenue when measured in its home currency, and the ongoing strengthening of the dollar versus the euro, seen since early‑2018, gave a further significant boost to its contribution. Translated to DT’s report, TMUS delivered 8.4%‑growth. With net revenue of €10bn, the one-time Group laggard was less than €4m away from contributing half of DT’s top line, and not that far from doubling net revenue from Germany (€5.1bn).

Similarly, TMUS was the primary mover on EBITDA. DT increased EBITDA AL by 5.4% to €6.5bn during Q3, with the American NatCo contributing €2.9bn at a growth rate of 7.9%. With TMUS raising its EBITDA guidance range for FY19 (from a €12.4bn mid‑point to €12.5bn), DT followed suit. However, Chief Financial Officer (CFO) Christian Illek was at pains to stress that the Group’s guidance increase (of €200m, to €24.1bn) was only half-fed by the US change.

DT remains aggressive on spend as it bids to keep the American party going. Across the Group, capex is up 19.8% for FY19 so far, despite expectations of a “slight increase” for the fiscal year, when DT laid out guidance (Deutsche Telekomwatch, #81). Within this, TMUS remains the biggest spender, and both the American business and DT raised capex guidance for FY19 following Q3 (DT now forecasts spend of €12.9bn, against €12.7bn previously). DT’s tweak appears nearly entirely USA-fuelled, at segment level. DT’s main capex figures and projections exclude spectrum spend, which is being elevated by 5G auctions on both sides of the Atlantic.

With cash flow pressures to the fore, Höttges used the Q3 presentation to insist there was no change in DT’s positioning on TV content acquisition, which comprises aggregating well‑known video-streaming platforms, reselling through partnerships, and acquiring some exclusive sports rights. “We have not changed our content strategy”, he said. The approach remains conservative, but gives DT some flexibility to snap up content rights “opportunistically”, on a case-by-case basis, if the operator thinks there is a chance of a good return and it “fits into the portfolio”.

The CEO flagged Telekom Deutschland’s (TDE) recently-refreshed MagentaSport channel as offering “attractive” rights in ice hockey and basketball. The NatCo recently agreed a five‑year sub‑licensing contract for exclusive rights to broadcast the EasyCredit Basketball Bundesliga, Germany’s first division basketball league, with TV channel Sport1— a long‑time partner on the service (Deutsche Telekomwatch, #55, #73, and #88). Coverage will be both live and on‑demand, and delivered through the operator’s MagentaTV IPTV platform, online, and to mobiles via the recently-rebranded MagentaSport app. Through collaboration with Sky Deutschland, MagentaSport can also show Bundesliga and UEFA football matches (Deutsche Telekomwatch, #80).

TDE also secured exclusive live broadcasting rights for all 51 matches of the 2024 UEFA European Championship in Germany. The financial details were not disclosed, but Höttges signalled he was interested in striking up distribution deals with other broadcasters, provided the price was “decent”. With 5G usage likely to be widespread by 2024, Höttges reckoned the football event will enhance Germany’s status as a tech leader.

The CEO said the aim was to increase the MagentaTV subscriber base in Germany to five million during FY20. It seems an ambitious target, given the service counted 3.54 million subscribers as of 30 September 2019, a modest climb from the 3.29 million reported twelve months previously.

M&A noise distracts at Europe, Group Development, and US

Behind DT’s strong headline Q3 numbers was the progress with which each major segment is undergoing significant business change and seeking to meet Höttges’ relentless drive for improvement. Background noise regarding M&A remained evident not just in the USA — but also at the Europe and Group Development segments, where divestments remain on the agenda. Operational change also dominates the storyline in Germany and Systems Solutions.

Adding to the highly M&A-dominated agenda at DT, in the weeks after the Q3 presentation, was resurfacing of speculation around a long-mooted ‘Europa Telekom’ mega-merger with Orange. This time, thoughts towards a combination of the two operators were prompted by a Handelsblatt report intimating that Höttges has set DT strategists the task of considering how its European strategy should evolve following the proposed Sprint–TMUS merger, and a tie‑up with Orange has been discussed as part of the war-gaming exercise.

While the DT–Orange line proved headline-grabbing, the prospect of a Franco-German telecoms merger does not appear to be a short-term or concrete plan, and Orange bluntly denied that a combination with DT was currently being discussed. A deal would face the same barriers as when speculation last bubbled up, in early-2018 — i.e regulatory difficulties relating to scale and slight footprint overlap, and financial and political complexity stemming from the operators’ differing sizes and growth platform quality (Deutsche Telekomwatch, #70). DT’s market capitalisation is around 80%-higher than Orange’s, at over €70bn.

It is notable, though, that DT’s leadership is now considering how to continue to move its business forward following the Sprint takeover — which if cleared, will propel DT into the global telecoms big league and position its US business to be a major cash cow as it progresses integration and moves into the mid‑2020s (Deutsche Telekomwatch, #73). It is clear that DT needs to do some careful long-term scenario planning, with the industry shifting rapidly, in multiple directions, and potentially conflicting opportunities emerging in Europe (such as European tower partnerships and in‑market M&A). The news also serves to emphasise the relentlessly aggressive and ambitious nature of Höttges’ leadership, contrasting with the stale, defensive mindset of many of his European peers.