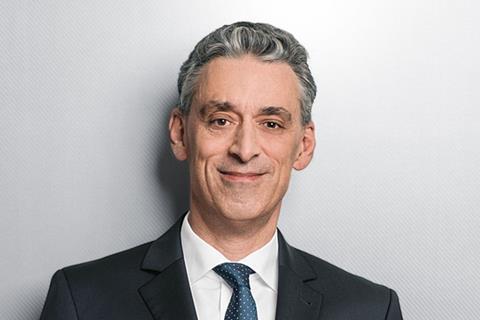 Deutsche Telekom (DT) faced criticism from shareholders and investors over the proposal to appoint Frank Appel as its new Supervisory Board Chairman.

Appel, Chief Executive (CEO) at Deutsche Post, is set to succeed Ulrich Lehner, whose tenure expires at the Group’s 7 April 2022 Annual General Meeting. However, it seems that the plan will cause some ructions during the meeting.

According to Handelsblatt, shareholder advocates such as Marc Tüngler, Managing Director of private investor association Deutsche Schutzvereinigung für Wertpapierbesitz, said the proposal to appoint Appel as Group Chairman sends out a “wrong signal”.

Tüngler suggested that the selection of Appel reveals the urgency at DT to find a new Chairman. “Ulrich Lehner’s successor as Chairman of the Supervisory Board should have been planned years ago”, he told Handelsblatt. Succession planning started in mid-2019 when Lehner confirmed that he would not stand for another term.

Ingo Speich, Head of Sustainability and Corporate Governance at Deka Investments, was also critical of the decision to appoint Appel, according to the German newspaper.

The Handelsblatt report pointed out that by allowing Appel to hold both offices at the same time, even if only for a year, the two DAX-listed groups would violate the German Corporate Governance Code. The code advises against electing the CEO of a listed company as the supervisory board chairman of another. The commission responsible for formulating the code apparently fears that holding a dual role such as this could lead to a loss of control.

Both DT and Deutsche Post appear to have provided for this eventuality through declarations on their respective websites.

On 30 December 2021, DT said it complied with all recommendations of the code “with the exception of recommendation C.5 (maximum number of supervisory board mandates)”.

“ In the opinion of the Management Board and the Supervisory Board, the total number of supervisory board mandates held or the supervisory board chairmanship in non-group listed companies and comparable functions should be assessed more appropriately on a case-by-case basis than by means of a rigid limitation. As long as it is ensured that a member of the Supervisory Board of Deutsche Telekom AG has sufficient time to exercise this supervisory board mandate with due regularity and care, a deviation from recommendation C.5 may appear appropriate in individual cases, taking into account all relevant aspects of the respective circumstances. ”

Deutsche Post also said that while all recommendations of the code have been complied with in 2021, “with regard to recommendation C.5, this does not apply in the event that a member of the board of management assumes, in the last twelve to 15 months of his term of office, the chairmanship of the supervisory board of a listed company.”

The German government owns 20.5% of Deutsche Post via state investment vehicle Kreditanstalt für Wiederaufbau (KfW). It also currently holds a 30.4% stake in DT, comprising a 13.8% direct holding and 16.6% interest owned by KfW. A spokesperson from the Ministry of Justice told Handelsblatt that the code is just a recommendation and is not mandatory.