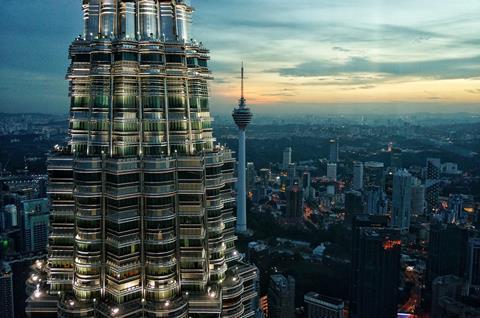 The partners are aiming to develop integrated offerings for a range of industry verticals highlighting agriculture, energy, mining, and transport. There is set to be a sharing of expertise in B2B markets and a commitment to cooperation on strategic projects.

The agreement focuses on the provision of Telefónica’s three core digital services for major corporates — cloud services, cybersecurity, and IoT/big data — with cybersecurity the initial focus. Here, ElevenPaths is coming to the fore, with Axiata to use the Telefónica unit’s services to both bolster its internal network security, and sign new deals with corporate customers.

Beyond targeting the enterprise space, the partners are also considering collaboration in the international wholesale communications market.

Telefónica’s Partners Program has been up and running since 2011, with the operator entering agreements with operators largely outside its own footprint. The programme is something of a moveable feast, with different elements of procurement partnership, research, and development work, and MNC service provision highlighted at different times and depending on the partner involved. The agreement with Axiata Enterprise appears to fit within the now‑prevailing category of joint MNC‑service provision.

Little news tends to emerge on the success, or otherwise, or the Telefónica partnership initiative, with grand alliances heralded before fading discreetly into the background.

The nature of the programme appears to be evolving alongside Telefónica’s transformation strategy, however, and may increasingly come to the fore as the Group works to leverage Telefónica Tech assets and build a more competitive presence in the MNC market. Group performance in the corporate segment is an emerging key performance indicator at Telefónica with the market portrayed as an important growth generator combatting continued diminishing revenue from Telefónica’s traditional core business (Telefónicawatch, #141 and passim).

In total, 65 markets are said to be covered by members of the Telefónica Partners Program, with eleven other telco groups now involved.

While Axiata was highlighted as the Partners Program’s first Asian member, and the agreement certainly increases Telefónica’s reach in Association of South East Asian Nations (ASEAN) countries, Telefónica does have partners present in the region already.

These include Ooredoo in Indonesia, and Etisalat in Pakistan. Beyond the ASEAN region, Telefónica’s relationship with China Unicom has embraced IoT commercial opportunities and the Group earlier entered an MNC alliance agreement with Japan’s SoftBank, which apparently just fell short of Partners Program designation (Telefónicawatch, #94 and #125).

… and hooking up with Vodafone’s ex

The hook‑up between Telefónica and Axiata follows an earlier strategic alliance between the Asian operator and Telefónica rival Vodafone.

Axiata’s Celcom operations in Malaysia were formerly part of the Vodafone Partner Markets federation, alongside sibling operating businesses in Indonesia, Singapore, and Sri Lanka. The relationship faded as Vodafone developed links with the Conexus Mobile Alliance in the region, although these have also since been wound back, leaving Partner Markets with a smattering of individual ASEAN tie‑ups covering Hong Kong, Japan, Singapore, South Korea, and Taiwan (Vodafonewatch, #148 and passim). Axiata also remains an (unenthusiastic) co-shareholder of Vodafone in struggling Indian joint venture Vodafone Idea (Vodafonewatch, #167).