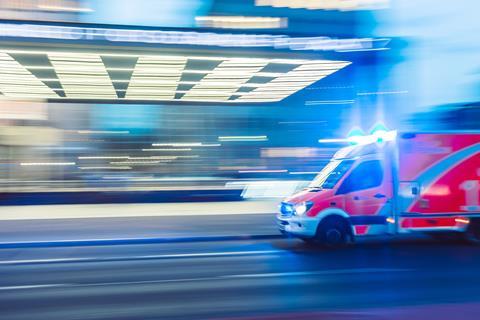 The UK’s Emergency Services Network (ESN) looks set to encounter further delays after ministers admitted that the current TETRA‑based Airwave system will be switched off even later than expected.

In a partly online session of the government’s Public Accounts Committee (PAC), which has been keeping a beady eye on ESN progress (BTwatch, passim), Matthew Rycroft, who was appointed Permanent Secretary at the Home Office in March 2020, indicated that Airwave will now be turned off in 2024, with the possibility that this could stretch into 2025.

This represents a considerable delay from the last proposed date of around December 2022, adding further costs to a programme that is already well over budget. Indeed, Joanna Davinson, Chief Digital, Data and Technology Officer at the Home Office, estimated the annual cost of maintaining the Airwave system alongside the ESN project at around £550m a year.

The Home Office has previously admitted the cost of installing and running the ESN will reach £9.3bn by 2037, £3.1bn more than originally projected (BTwatch, #314).

Meg Hillier, Chair of PAC, was blunt in her assessment of the situation, describing the further delays as “disheartening” and noting that those in charge of the ESN programme have now been called before PAC on ten occasions. “I hope we will not have you back, but I fear we will”, she said.

Rycroft was adamant that the programme will succeed. “There is no alternative, or rather, any alternative would be worse than sticking with this programme”, he said.

The Home Office has also been required to come up with a new business case for the project, following the technical setbacks and a shifting brief.

Davinson said a new draft business case is now in place and will be reviewed in the autumn, with the expectation that it will be completed by end‑2020. She indicated that the changes to the technical solution and complications relating to deployment planning had caused the delay.

Rycroft claimed that even if the ESN is delayed until 2025, “the net present value of this programme will be positive … it will be cheaper in the long run”.

The ESN, which is largely based on EE’s 4G network, relies on the smooth inter‑working of a number of different elements. According to Davinson, some progress has been made in recent months.