Testbeds and Trials: many roads to 5G for BT 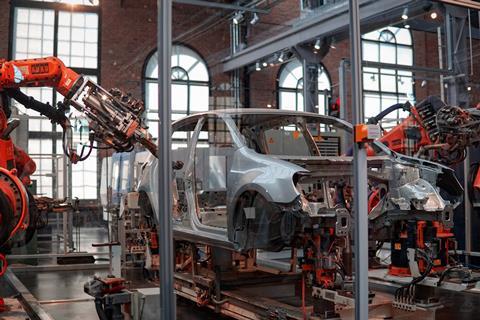 Testbeds and Trials: many roads to 5G for BT

BT flagged developments across its various 5G innovation initiatives, including two new private 5G networks in the West Midlands, for which the operator will deploy and manage network infrastructure, and involvement in two projects that earned government funding as part of the latest 5G Testbeds and Trials funding call.

BT’s links to the two private 5G networks come via its strategic technology partnership with local testbed Worcestershire 5G (W5G), which was co‑founded by BT (BTwatch, #295). West Midlands 5G (WM5G) also partnered on the projects. BT will supply and integrate the network infrastructure for both networks.

One will be deployed at the Manufacturing Technology Centre’s Coventry Antsy Park facility. The network will enable innovation focused around autonomous vehicles, multi‑access edge computing, and robotics, with a primary focus on the manufacturing sector. An initial trial will involve two robots performing tasks simultaneously, showcasing the potential for 5G networks to increase efficiency of factory operations. Longer-term targets for the network include establishing a “series of 5G use‑cases” and a testbed for small‑ and medium‑size enterprises in the region.

A second is for Birmingham‑based aero parts manufacturer AE Aerospace. The network will be used to “modernise” the manufacturing supply chain, and capabilities will be added over three phases, each delivering a different solution: connected sensors on the factory floor for high‑volume data capture; a quality assurance measure involving tracking and monitoring of parts in production; and a real‑time image scanning solution to quality‑check parts before shipping.

The announcements follow similar 5G installs in the region during 2020, including the ‘live’ 5G factory at local manufacturer Worcester Bosch, led by BT and W5G, and supported by Ericsson (BTwatch, #315).

Sarah Walker, Director for Corporate & Public Sector, Midlands & North at BT Enterprise, heralded the private networks as indicative of BT’s commitment to its partnerships with W5G and WM5G.

BT was also one of three mobile network operators (MNO) to play a role in the latest 5G Testbeds and Trials funding call, 5G Create, alongside Telefónica UK (O2 UK) and Three UK. BT is directly involved in two projects in the latest cohort.

BT partnered with the Milton Keynes Council for MK 5G Create, based at the home of the MK Dons football club, Stadium MK. It will trial solutions for logistics, security, and surveillance. Speaking to specialist outlet Cities Today, the Council’s Head of Transportation Innovation Brian Matthews shared an “ambition” to launch an autonomous passenger shuttle, running a route between the stadium and railway station, to showcase 5G‑enablement on public and private roads. The project builds on existing trials headed by the Council under the MK:5G — Connecting Communities banner. In April 2020, BT and fellow participant CityFibre were part of the winning consortium in a bid to trial a 5G network in the city, with Huawei Technologies and the locally based Open University also involved.

EE, meanwhile, is backing the Green Planet AR project, which is developing an augmented reality (AR)‑based mobile app. Led by AR specialist Factory 42, it will feature a holographic video of naturalist and broadcaster David Attenborough. London’s Kew Gardens will also be turned into a testbed, with 5G equipment available for public hire to experience the app. For its part, EE will deploy its 5G network and edge computing, with its public network enabling the app to be available at “set locations” around the UK.

5G Create is a component of the Department for Digital, Culture, Media & Sport’s (DCMS) innovation initiative to support next‑generation technology — the same Testbeds and Trials programme from which WM5G was born. Specifically, 5G Create is designed to “boost productivity, grow existing businesses, or spark new ones”. This cast the net much wider than previous calls, which focused more narrowly on establishing 5G testbeds or developing rural‑ and industrial-focused use‑cases. The nine projects in this second cohort, announced in January 2021, were handed a share of £15.2m in UK government money, bolstered by £13.1m from partners and the private sector. Seven other projects had already been selected in August 2020.

A full run‑down of the DCMS‑funded 5G Testbeds & Trials projects, and more on the latest 5G Create cohort, is available here.