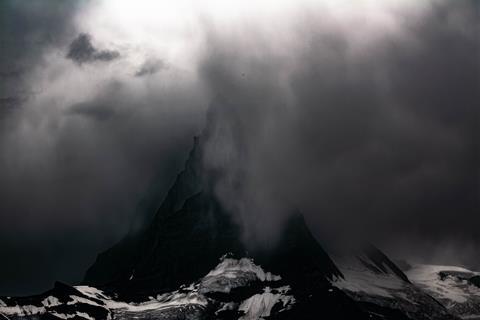 A rare update on the Reaching 100% (R100) programme, provided by the devolved Scottish government, revealed that the ambitious project to connect the remaining 5% of homes in Scotland that do not have access to at least 30Mbps superfast broadband was well behind schedule, but progress on subsea cable deployments is nearing.

Fielding questions in the Scottish parliament, Tom Arthur, Minister for Public Finance, Planning & Community Wealth, said 6,629 broadband connections were delivered through R100’s “contract build” as of 31 March 2022. Another 1,875 were delivered through the ‘interim’ Scottish Broadband Voucher Scheme. Subsea cables are expected to be laid in the near future, but no firm deadlines were given.

According to the original aims of R100, backed by the Scottish government to the tune of £600m, nearly 179,000 superfast connections were slated to be deployed by the end of 2021 (BTwatch, #325). Moreover, 25% of premises in nine areas were required to receive speeds of at least 100Mbps on a connection that is theoretically capable of providing Gigabit rates. This is in line with the programme’s overall aim of encouraging the deployment of fibre‑to-the‑premises where possible.

Arthur acknowledged that fulfilling R100 goals of delivering superfast broadband to Scotland’s hardest to reach places was “hugely challenging”, and that the government was “actively engaging” with Openreach on how to accelerate rollout. He gave no detail on what options were being explored, or when R100 will meet its connectivity targets.

Openreach bagged all three of the R100 contracts or ‘lots’ (Central, North, and South). According to a January 2022 post on the Scottish government’s website, R100 is in the “delivery phase with live connections now available in each contract area”. Openreach’s contract for the Northern region is the most lucrative, worth £384m, and covers 99,288 premises.

Can’t vouch for that

During Arthur’s Q&A session on R100, it transpired that only 15% of the £3.3m pot set aside for the Scottish Broadband Voucher Scheme had been handed out, and less than 0.5% of eligible premises in the northeast of Scotland made applications.

Due to what Arthur called lack of demand, despite an extensive advertising campaign, the Scottish Broadband Voucher Scheme — much to the chagrin of some political opponents — was suspended at the end of March 2022.

Arthur added that, weather permitting, deployment of 16 subsea cables to service 15 Scottish islands, as part of R100 contract build, “will begin shortly”. This appears broadly on track against targets set at launch (BTwatch, #323 and #328).

In a letter dated 8 April 2022, Kate Forbes, Cabinet Secretary for Finance & Economy, noted that “much of the preparation has already been completed and the vessel that will lay these cables will make its way to Norway in May 2022 to collect supplies before heading back to Scotland to begin deployment”.

Forbes explained that the delivery of the 16 subsea cables underpins the government’s Gigabit Islands ambition to connect hard‑to‑reach communities in Colonsay, Iona, and Lismore in Argyll and Bute; Eigg in the Highlands; Eday, Flotta, Hoy, Rousay, Sanday, Shapinsay, and Stronsay in Orkney; and Fair Isle, Unst, Whalsay, and Yell in Shetland.

Global Marine won the subsea cable deployment contract from BT in March 2021 and indicated that cable installation vessel Normand Clipper would start laying the cable from spring 2022. At the time, Robert Thorburn, Openreach’s Partnership Director for Scotland, said the contract would present a “massive challenge”, but expressed confidence that Global Marine would enable timely delivery (BTwatch, #323).