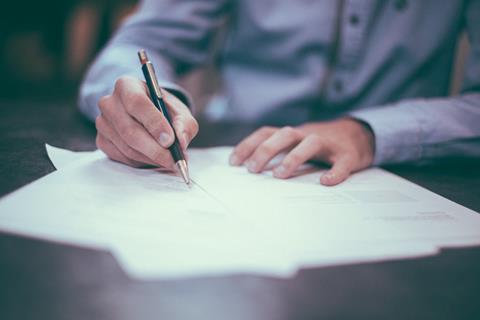 O’Meara was commenting on the outcome of a two-year investigation into BT’s actions by regulator Ofcom last week. The UK watchdog disclosed on Friday that the telco had been fined £6.3m for the failure of its networks business to treat eir on an equivalent basis in relation to the NI PSSN contract, and in doing so breached obligations associated with its Significant Market Power in the market.

Northern Ireland’s (NI) Department of Finance (DfF) awarded the NI PSSN contract to provide ICT services to 150 public sector bodies across 2000 sites, to BT in June 2018 (BTwatch, #301). The nine-year contract was said to be worth £50m, although the telco stated at the time that the deal’s worth could grow to £400m if additional services opted to use the network.

The regulator said that BT’s network division in Northern Ireland (at the time known as BT Northern Ireland Networks, but now integrated into Openreach) provided eir and BT’s bidding teams with different information on the viability, suitability and cost of using its fibre-to-the-premises on-demand product as part of a bid for the contract. While the advice given to BT was that the solution, deployed on the scale that would be associated with the major public sector deal, could be a financially viable element of a business case, eir was essentially told the opposite. Pricing information given to eir was different, as were the timescales for service delivery.

However, Ofcom also stated it did not believe the breaches were “deliberate” and so concluded that the matter was now closed. BT has admitted full liability, which in turn resulted in a 30% reduction in the financial penalty.

Nevertheless, O’Meara suggested that the delivery of misinformation meant BT gained an undue advantage and impacted the outcome of the NI PSSN tender process. BT, he said, had “unduly discriminated” against the Irish operator, adding that multi-million pound fine underlined the seriousness of the breach. “We are considering our options in light of today’s decision and BT’s admission of liability,” he warned.

“ We firmly believe that had BT complied with its regulatory obligations, we would have retained the NI PSSN contract. ” — O’Meara.

The original NI PSSN contract, which was won by the Irish operator in 2007, beating BT and Virgin Media, expired in September 2019 .

eir has had qualms over BT’s conduct during the second tender process for some time, and even secured a suspension of the award pending a full legal review over allegations that BT’s bidding team had abused its market position, and had secured the contract at an “abnormally low” price. eir also asserted at the time that it believed DfF was “facilitating predatory pricing” and/or inflicting a “margin squeeze to force out (eir) of the Northern Ireland market completely”. The NI High Court, however, subsequently lifted the suspension (BTwatch, #304).