DCMS defends its record as PAC report sees trouble ahead 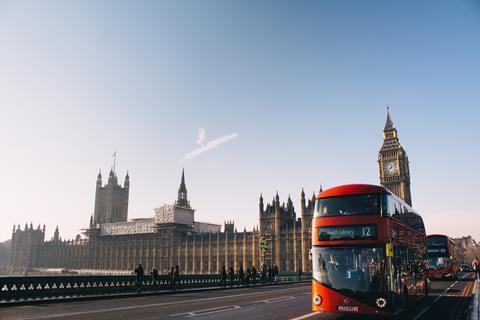 DCMS defends its record as PAC report sees trouble ahead

The DCMS consultation was published in the period between the finalisation and publication of the PAC report, which criticised the government for not learning lessons from the Superfast Broadband Programme as it embarked on full‑fibre deployment. The writing of the PAC report may have been on the wall, as the DCMS attempted to counter any suggestions that it was repeating mistakes with assertions that it will take on board the views of operators and local councils as it prepares plans for 2021 and beyond, and maintain a tight focus on areas not covered by commercial rollout.

The ‘outside‑in’ approach to targeting uncommercial areas was also described as “[building] on lessons of the Superfast programme”.

The PAC, however, took a contrasting view.

As noted above, the PAC Improving Broadband report leads with criticism of the unrealistic expectations for full Gigabit coverage by 2025, alongside a lack of progress from government. The body acknowledged that a greater sense of realism had prevailed with the adoption of the 85% target, but appeared dismayed that the DCMS had only managed to secure £1.2bn from the Treasury to fulfil its objectives over the coming four years. The PAC considered this sum woefully inadequate, adding to its worries about the likely progress of the Gigabit plan.

The key worries of the committee relate to signs that past mistakes may be repeated.

The PAC noted that the Superfast Broadband deployment had been something of a ramshackle process, with the government having little say in how services were rolled out once contracts were signed. This left it at the mercy of Openreach and local authorities, and also saw the most remote areas neglected as rollout deadlines approached, with hitting overall coverage targets usurping a focus on reaching uncommercial areas. The committee is not confident that this scenario will not arise again, even with the DCMS committed to centralised contract awards and oversight.

Not only was there seemingly little evidence that government would have any more say on the mechanisms of rollout under the new initiative, the PAC warned that, without additional funding for local authorities (collectively reaching as much as £30m), the local expertise and insight on the requirements and challenges linked to network upgrades needed at council level could be lost. The DCMS is said to be mindful of the need for local experts, but was non‑committal on whether money would be provided to maintain them in discussion with the PAC.

The money committed to the Superfast Broadband scheme was also not spent wisely, according to the committee. It was noted that £900m of the £1.9bn invested by government is set to be returned as a result of clawback arrangements in contracts that kicked into effect as a result of high uptake and demand in areas supported by the programme. This was said to demonstrate that the money had been allocated to areas where a commercial deployment was viable. It was pointedly noted that while the £900m may be returned to government for further investment, it could take up to seven years for the refunds to be completed.

Competition may be stymied with network proliferation

There are also fears concerning the level of competition at the retail level that may be engendered by the DCMS approach to rolling out Gigabit services.

While previously there has been disquiet regarding Openreach’s dominance as a wholesaler, on this occasion the PAC and other stakeholders are concerned about a plethora of smaller players. Should a patchwork of local service providers secure rollout contracts, systems and processes would not be in place to enable their networks to be easily accessed by other communication providers (CP), with the cost and complication of unbundling or otherwise installing equipment prohibitive.

The DCMS has said it will stipulate through contractual terms that smaller providers are obliged to set pricing in line with services available across the country, but details of the robustness of its terms remain to be seen. Smaller providers are also expected to be required to open up their networks, but it may be commercially unattractive for CPs to use them.