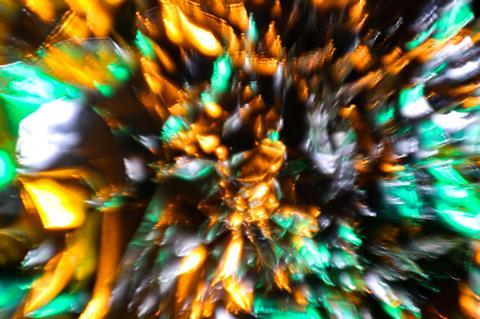 Andrew Lord, Senior Manager of Optical Research at BT, outlined a doomsday scenario timeframe for national critical infrastructure, governments, and the internet if quantum computing becomes too powerful, too soon, before adequate security countermeasures are developed.

In a recent presentation hosted by University College London (UCL), as part of a series of “Quantum Talks” organised by UCL’s Quantum Science and Technology Institute, Lord unveiled a slide — internally produced by BT — under the ominous headline of “The Quantum Apocalypse”.

According to BT’s estimates shown on the slide, the ability of quantum computers to hack a 2048-bit RSA (Rivest–Shamir–Adleman) public-key cryptosystem, “in a matter of hours”, could happen as early as 2024 or 2025. Classical computers, he reminded his audience, would need “billions of years” to crack today’s cryptosystems for distributing keys.

The 2024–2025 timeframe is on the assumption that the power of functioning quantum computers grows relatively fast. Factor in more conservative growth projections, and the Quantum Apocalypse, sometimes referred to as “Q-Day”, might be delayed on BT’s timescale until 2038.

“We’re hedging our bets”, admitted Lord, although he felt Q-Day would probably happen sooner rather later given the “billions of dollars investment” being funnelled into quantum computing research. “I’m not sure we even know… the full extent of how that development is going”, he added, “but it only needs one or two breakthroughs in the base technology to accelerate those curves”.

The urgency to develop adequate security measures is all the more pressing, insisted Lord, since “millions of kilometres of fragile fibre are vulnerable around the world”. With the right care and attention, aided by equipment costing only tens of dollars, Lord described how it was possible to bend fibre and let light escape. In this way, data can be read, or even stored for study and decryption at a later time. “This is not a trivial problem”, said Lord. “We’ll be at risk in a few years’ time”.

‘Quantum Apocalypse’ is not a BT coinage. It is a concept that has been around for some time, but by revealing possible (and early) Q-Day timescales, Lord clearly wants to focus industry minds.

He ruefully pointed out that his slide showing latest developments in quantum computing was regularly in need of updates, referencing the launch of Honeywell’s “newest generation quantum computer” in October 2020 — not on Lord’s UCL slide-deck — which will initially offer ten “fully-connected” quantum bits (qubits). Although well short of the number of “genuine and fully entangled qubits” needed to hack 2048-bit public-key cryptosystems — in excess of 1,000 qubits, according to Lord — quantum computing is now emerging from the lab, where some spectacular results have already been achieved.

In late-2019, a leaked paper reported by news outlets and science journals showed that Google had achieved “quantum supremacy”. By harnessing 54 qubits to perform a random sampling calculation — essentially verifying that a set of numbers is randomly distributed — Google’s prototype quantum computer was apparently done and dusted with the problem in a matter of minutes. Google later confirmed the contents of the leaked paper, and stood by its claims that the same calculation would have taken IBM’s Summit, the world’s most powerful supercomputer, 10,000 years.

Lord said BT has been conducting quantum key distribution (QKD) trials since 2014, starting out in collaboration with Toshiba Research (BTwatch, #254, #270, #280, and #287). For him, QKD is “provably secure” against powerful quantum computers.

“With QKD, the key is refreshed constantly, making it impossible to hack into the key during transmission”, explained Lord. “The system is innately secure if you set it up properly”.

The challenge remains, however, of extending QKD implementations beyond the bespoke point-to-point connections in pilots, to support international communications and, ultimately, enable a secure quantum internet.

The industry vision, as BT sees it, is to have QKD extend from 5G access through to the metro transport layer, and then onto the photonic core. Lord was not clear if all this could be in place before a possible Q-Day in 2024, but he seemed optimistic that satellite-enabled QKD would be “commercial reality” within two years. By using satellites and ground stations to distribute keys — in conjunction with fibre distribution — Lord envisaged “global” QKD reach.

He gave an example of a large oil company being able to securely connect its rigs around the world, but cautioned, somewhat worryingly for those thinking that Q-Day is nigh, that industry is “nowhere near this”.

Lord told BTwatch in September 2020 that extensive commercial deployment of QKD in BT’s metro and core networks was at least five years away (BTwatch, #316).

Lord claimed BT leadership in QKD research, in terms of coordinating work with suppliers. Aside from Toshiba, vendor partners including ADVA and ID Quantique have featured prominently. Highlights include:

He gave special mention to quantum computing. “From a telco perspective, that’s the kind of thing we could offer as-a-service to customers that can’t afford their quantum computer in the future, but might want network access to something secure”, he said.

As almost an aside at the end of his presentation — no doubt because of time constraints — Lord flagged the need for quantum specialists and network engineers to work closer together. This seemed all too clearly illustrated in the fact that it was not yet decided on which layer of the seven-level Open Systems Interconnection Model that QKD should sit.