BT Technology a big spender, but keen on getting value 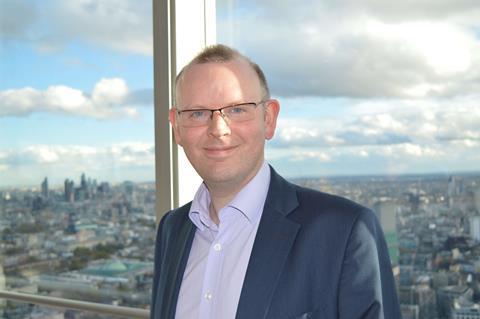 More significantly, he said the £1.5bn spent by BT Technology on capital expenditure (capex) amounts to around 40% of the Group total.

Spending in both areas has been broadly flat over the past couple of years, which reflects the ongoing investment in new infrastructure, systems and processes that are accompanying Group transformation plans, and Technology’s efforts to do more for less.

Close relationships with vendors were emphasised as an important element of the capex approach at BT Technology, with internal BT teams working to ensure that vendors have a clear view of network specifications and techniques the division aims to deploy to enable a shared roadmap.

While forecasts of future levels of expenditure were not provided, Beswick did state that BT Technology anticipates the compound annual growth rate (CAGR) – or, more precisely, compound annual reduction rate – in the cost of adding additional gigabit-per-second (1Gbps) of capacity being -15% CAGR for the fixed network, and -25% CAGR for mobile.

Making the other divisions pay

Beswick detailed how BT Technology recharges the cost of its expenditure to BT’s customer facing units. The general approach is to replicate the practices used in the Group’s regulatory accounts.

On opex, the division considers the driver of the cost item – for example, providing mobile connectivity services – and then allocates cost based on each division’s use of the service. In the mobile services example, Consumer, Enterprise and Global would be billed dependent on factors such as the number of SIMs issued, and bandwidth used across the market segments.

For capex, the approach is broadly similar for network and infrastructure investment and based on consumption.

BT Technology also handles bespoke projects for other divisions, and in those circumstances all the costs are allocated to the commissioning division. (BTwatch has over the years picked up snide barbs about essentially the same work being recharged multiple times to different divisions).

Beswick noted that the internal relationships that help manage spending allocation are important in ensuring that BT Technology shares strategic objectives with the commercial divisions, and that operational plans remain appropriate and profitable.

“The closer the relationship between our team and the customer-facing unit team, so we can work together to understand what are the products and what’s the real cost to be able to take those to the market and the profits we can enjoy, that’s really important. So, it’s not just internal-trading to me; it’s about the right relationship between different parts of our business so we can win in the market.”

Beswick made reference to BT Group’s strategic sourcing policy (BTwatch, #296), particularly highlighting the potential for streamlining with the shutdown of older networks and systems; repeatedly committing to “attack the legacy”.

“There remains a disproportional cost of running our legacy systems and platforms, when compared with their smart network equivalents. And we’re running a suite of programs that will all focus on addressing the legacy cost base whilst moving our customers to the next-generation services.”