BT steps up SME defence as it awaits insolvency tsunami 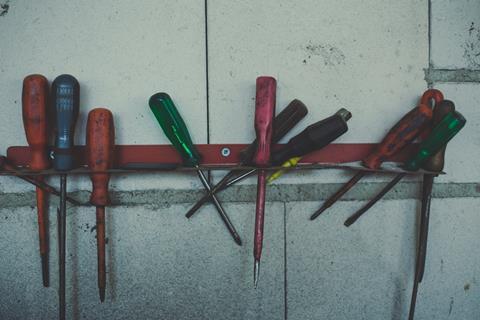 BT steps up SME defence as it awaits insolvency tsunami

Accompanying its results presentation for the three months to end-June 2020 (Q1 FY20-21), BT Group unveiled a new Small Business Support Scheme, intended to proactively help small and medium-size enterprise customers manage their way through the ongoing global pandemic. Considering the concerns of BT management regarding the challenges that will be faced over the coming quarters by BT Enterprise, the division serving the sector, the scheme will be trying to reach a base that is facing a period of considerable turmoil.

BT’s trading update showed circumstances have been tough for the Group, but the business has proven itself to be “relatively resilient”, as described by Chief Executive Philip Jansen. BT Enterprise was among the harder hit elements of the business, however, with Q1 revenue falling 9% to £1.3bn, and EBITDA dropping 13% to £406m as the Group reported overall revenue and EBITDA declines of 7%.

Trading plummets, and recovery likely to be a bumpy one

According to outgoing BT Enterprise CEO Gerry McQuade, the first two months of Q1 saw trading levels for the division plunge to 30% of usual levels, although these have now returned to around 85% of anticipated levels. The order book for Enterprise also took a dent in Q1 as client spending plans were postponed, and there is an expectation that further delays or rethinks may be on the cards. Although McQuade and the executive committee were upbeat on the Group’s ability to weather the storm, a raft of additional difficulties is compounding the challenge.

McQuade, Jansen, and Chief Financial Officer Simon Lowth all warned of the potential impact of risks, including:

Despite the potential for doom and gloom, positive messages were shared during the conference call too. Orders in Q2 appear to be looking “actually fine”, according to McQuade, and in line with budget expectations. A Q1 collapse in wholesale business was said to be the result of the SMEs that tend to resell voice and broadband services from BT effectively shutting down for much of the quarter, so effectively there was no channel to sell through. This appears to have recovered with reopening, albeit at lower levels than previously.

As the call drew to an end, and when asked what could get worse for BT as the year progresses, Jansen did highlight that Enterprise could see more business failures in its client base, and be a victim of further waves of infections requiring lockdown measures, this time without the upside of heightened business from enabling remote working. Nevertheless, Jansen reiterated such scenarios are not certainties and the reverse side of BT’s predictions for the period include accelerating economic recovery and continued easing of physical restrictions.

It is not clear at this stage, however, whether the proposed new support scheme will be able to do more than provide positive spin or act as any form of barrier to rough incoming conditions.

The Small Business Support Scheme largely appears a bundle of existing and previously-planned initiatives to encourage the uptake of digital services among SMEs, accompanied by a handful of new measures that are expected to provide a degree of relief from the economic effects of the current crisis. Around 5.8 million SMEs are to be targeted by the programme, which focuses on “connectivity, cash flow, and confidence”. It will be promoted from BT’s estate of retail sites, reinforcing efforts underway prior to the pandemic to leverage legacy EE shop locations.

BT has been taking steps to drive traffic into its stores, particularly since the launch of 2019’s Beyond Limits initiative (BTwatch, #307), and activity is said to be picking up again now that lockdown restrictions have eased and shops have reopened. BT/EE shops were said to currently be seeing sales conversion rates of 60% for Consumer services, and Jansen said the Group expects to keep shops busy by encouraging SME customers into stores, thus helping maintain the viability of a physical retail presence.

The key elements of the programme, which is likely to see additional strands added as it evolves more fully, are as follows:

All in this together…

Not for the first time, BT echoed political slogans of the Johnson government in its promotion of the new scheme, describing the high street promotion as playing a part in “levelling up the country”. The BT programme was also accompanied by supportive quotes from the Department for Digital, Culture, Media & Sport.

The Group is currently in ongoing discussions with government on the prospect of a rapid deployment of ultrafast networks across the UK, and seeking the opportunity to secure billions in state funding, and a roadmap from regulator Ofcom that provides a suitably profitable return on its fibre investment. In return, BT is enthusiastically demonstrating a willingness to play its role as a national cheerleader and champion.