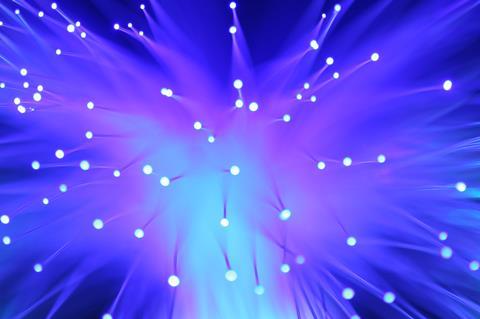 Neil Parkin, Optical Networks Research Manager at BT, expressed cautious optimism about how hollow core fibre (HCF) might prove useful for the Group in various ways. He was non-committal on commercial timeframes, however, acknowledging there were still “reams and reams of data” to digest from tests already carried out.

“There’s been lots of press about using hollow core fibre in high-frequency trading, but that’s not our interest”, Parkin told TelcoTitans. “We want to see within our use-cases, and in our network, where [HCF] will make a material difference”, he explained.

Carol Fletcher, Head of Academic and Research Partnerships at BT, also indicated during a Bristol University webinar today that operational deployment of HCF was still a good way off. “It’s still in the lab”, she said, adding that “we only started evaluating it in the lab this year, so it will be a good number of years”.

Lumenisity, and what Parkin views as the startup’s ability to produce “commercially viable” cable, plays a key role in BT’s HCF research. He sees the NANF design of Lumenisity cable as “more elegant” than the more traditional photonic bandgap approach — which, in turn, should make it easier to produce.

“ There’s a big difference between a fibre at a university and a cable that you can pull into a duct that can last for years and years. We believe Lumenisity has got to the point where it’s ready [on cable production]. ”

Moreover, BT sees NANF, at least for the time being, as the most promising approach to HCF when compared to photonic bandgap designs.

“Who’s to say which one will make the next big breakthrough, but right now it’s NANF that’s showing enormous progress in terms of what is actually possible to build”, Cathy White, Senior Researcher, Optical and Quantum Technology at BT, told TelcoTitans. “It’s really in the last year that all the papers and breakthroughs have been coming out [based on NANF]”.

White approvingly added that Lumenisity has been able to optimise fibres to wavelengths — the ones that BT are interested in — to make it “ultra-low loss”. “It’s a very good [UK] story because it’s something with very obvious potential, assuming the economics are right”, she noted.

Recent HCF tests conducted by BT include collaboration with Lumenisity and Mavenir Systems on 5G fronthaul within an open radio access network environment. “We’re sure we can increase the distance between an exchange or central office and our antennas by 30%, which means you can service more antennas from that central exchange”, highlighted Parkin. “But the kit is pretty good anyway, as it can go up to 30km. We see hollow core fibre as another tool in our toolbox for when we need it.”

Support for QKD is another promising HCF application, which BT has also demonstrated. “The trial shows that hollow core fibres can allow these sensitive channels, which need to be very quiet to be quantum, to co-exist alongside incredibly powerful channels”, said White, likening it to “cyclists going past great big trucks on the motorway without any problems”.

The HCF advantage here is that, unlike conventional single-mode fibre links, it does not need to be “optimised” to support QKD. As with all other HCF use-cases, however, White cautioned that BT research was ongoing and “exploratory”.