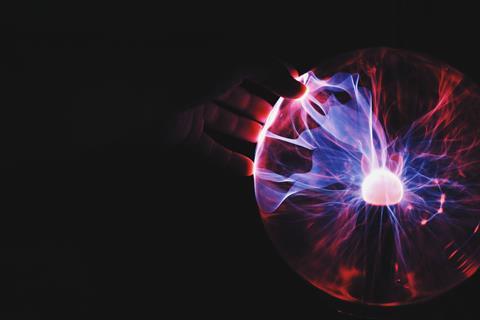 To try and address these problems, which will only become more pressing as traffic volumes increase, Cuevas highlighted BT Labs’ research into artificial intelligence (AI) and machine learning (ML).

Cuevas was speaking at the virtual 2020 Tommy Flowers Network Conference, where she devoted a good chunk of her presentation to an AI/ML-driven RAN as a way to automate and optimise the allocation of resources.

On distributed massive MIMO, Cuevas envisaged “cooperative precoding” — assisted by AI/ML — as a way to move from today’s centralised and more restrictive MIMO setups. Under this new environment, operators should be able to form “service clusters”, simultaneously serving users from more than one antenna site, which effectively means cell-less MIMO.

“In a sense we’re moving away from cellular systems whereby every user within the coverage area of a cell will be served by a particular base station, to a much more cooperative and dynamic environment where users can actually be dynamically served by a different cluster of antennas.” — Cuevas

She added that ML could be applied to smart interference management and optimisation of broadcast beams, as well as for channel estimation and detection. “It’s also being increasingly looked at to manage energy more efficiently on our base stations, which, again, is suboptimal today”, said Cuevas.

AI/ML is generally seen as vital in overcoming operational challenges associated with IRS. While they promise signal propagation improvement of antenna arrays, and can be conveniently coated on facades of outdoor buildings or indoor walls/ceilings, there is still some R&D work needed to realise their potential.

Cuevas maintained that network transformation, from the RAN through to the core, was not just about achieving cost savings and supporting more traffic. “From a mobile perspective we want to be more than just internet access providers”, she said. “We want to be enabling a myriad of future services for different industry verticals”. Areas of BT interest include autonomous drones, Internet of Things-enabled health, remote diagnostics for healthcare, and smart agriculture, cities, and logistics.

In October 2020, BT Labs announced it had teamed up with mobile systems integrator Vilicom, along with Bristol and Loughborough Universities, to start a research project exploring use of AI for optimising 5G access networks (BTwatch, #317).

The project, called Artificial Intelligence-enabled Massive Multiple-input Multiple-output, is supported by a grant from Innovate UK and is part of the European Celtic Next research programme.