BT in cross-fire over pay-per-view matches 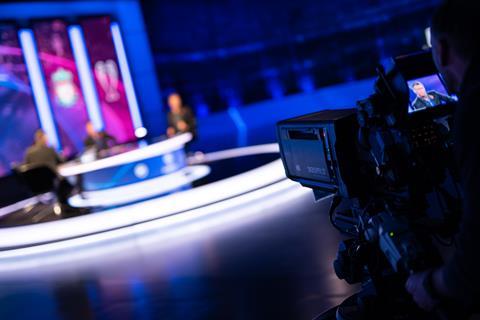 BT in cross-fire over pay-per-view matches

BT Sport and rival Sky Sports signed on to the English Premier League’s (EPL) latest interim broadcasting programme, put in place as an alternative to fan attendance in the UK’s tier-one football competition.

The new proposal, unveiled on 9 October 2020, continues the commitment to broadcast all EPL games live in the UK. However, in contrast with the programme launched at the end of last season and employed for the first four games of the current 2021–22 season, live broadcasts will be aired behind a £14.95-per-game paywall.

Since the EPL’s post-lockdown restart in June 2020, all top-flight games have been broadcast either free of charge on terrestrial channels or on top of existing BT Sport and Sky Sport subscriptions, at the UK government’s request.

Under the new initiative, every EPL game can be accessed via BT Sport’s and Sky Sport’s respective Box Offices.

Not a hit at the box office

BT Sport and Sky Sports have each received criticism for the decision to switch to a pay-per-view system, with the Football Supporters’ Association among those calling for the plan to be reconsidered in the interest of the fans.

To the criticism, the EPL responded that, though the decision was made in consultation, it was the broadcasters that set the prices — a claim later affirmed by Richard Masters, the EPL Chief Executive (CEO). BT Consumer CEO Marc Allera rebuffed the claim, however: “we had a suggested retail price, which was suggested to us by the Premier League”. Allera added that the majority of the £14.95 fee “pretty much just covers out costs”.

Regardless of who was ultimately responsible for the price of the games, fans have been vocal about their frustration at the change. Paul Barber, CEO of Brighton & Hove Albion, said the decision was taken “when it was made clear we couldn’t sustain what we did at the end of last season”. All parties have repeated that the programme is an interim measure, with broadcasting expected to return to pre-COVID-19 norms once fans are back in stadiums.

The PPV experiment may be even more short-lived, however. As England joined the rest of the UK in more restrictive lockdown mode in November 2020, objections to the additional charges swelled, and EPL management are reportedly having another re-think. This may see coverage of all matches once again bundled into existing agreements with sports broadcasters until the end of 2020, and thus take the heat off BT Sport and Sky Sports, at least for a while.

It is unclear what fees the hospitality industry will be asked to pay under the new system, but it is assumed that discounted rates will be available alongside BT Sport’s retention-focused decision to gradually re-introduce fees for pubs and clubs from August 2020, following a waiver during lockdown (BTwatch, #314). The absence of live sport was given part-blame for a 7% fall in revenue during Q1 FY20–21, with Allera claiming that somewhere between £24m and £30m had been lost from the hospitality industry alone (BTwatch, #315).