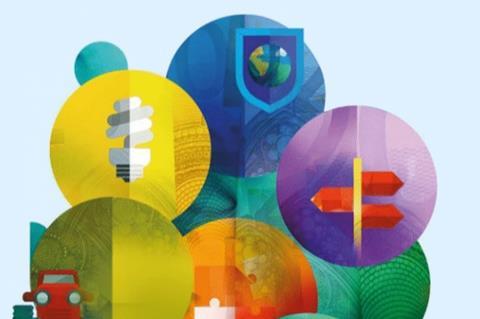 BT will no doubt be alarmed to read reports that suggest the UK government is close to abandoning hope of participating in Horizon Europe, the European Union’s €95.5bn (£81.5bn) research funding programme (2021–2027).

Growing political acrimony between the UK and the EU has already raised the possibility that scientific R&D teams in the UK, as well as telco innovators, will be denied access to the programme. Now, Universities UK (UUK), which represents 140 institutions, describes the situation as “close to the precipice” and has called for an “urgent resolution to the ongoing discussions”.

Professor Paul Boyle, Vice‑Chancellor of Swansea University, wrote to Maroš Šefčovič, Vice‑President of the European Commission, on behalf of UUK to seek his support in resolving the issue of the UK’s association to Horizon Europe “and the other EU science programmes, as agreed in the UK‑EU Trade and Cooperation Agreement (TCA)”.

“We believe that a decision to abandon association could come as early as June. Once the decision to shift away from participation in Horizon Europe is taken, we anticipate that it will not be possible to revert to association”, he wrote.

Professor Boyle pointed out that researchers have now been waiting for 17 months for participation to be confirmed, “and the impact of this delay is being keenly felt by UK institutions and their EU counterparts”.

“We believe we are close to the precipice, based on the information we have recently received from the UK government. Their view is that the value‑for‑money case for UK association is weakened every day that the UK is left waiting for the arrangement to be confirmed”, Professor Boyle wrote.

He noted that data shows the UK has dropped from the second most frequent participant in Horizon 2020, Horizon Europe’s predecessor, “to the seventh in the current programme”. He pointed out that the UK government is now at an advanced stage of planning domestic alternatives to the scheme.

UUK said thousands of researchers across Europe have already backed the Stick to Science campaign to press politicians to stop their manoeuvring and sort things out.

In March 2022, the House of Lords’ European Affairs Committee wrote to the UK government, the European Commission, and the European Parliament to raise concerns over the “ongoing and mutually damaging delay” in the UK’s association to Horizon Europe. It expressed concern that the UK’s accession “is apparently being treated as a negotiating pawn in the context of separate difficulties in the UK–EU relationship”. The committee urged the two sides to work together to “de‑politicise the issue and unblock the current impasse”.

At the time, he said he was “optimistic that the government recognise” the value of the scheme, but added that that BT “will find ways to collaborate with these businesses one way or another”.

BT was among a number of UK players to benefit from Horizon 2020, participating in projects including quantum timing group IQClock and quantum communications research initiative OPENQKD (BTwatch, #320 and passim).

In written evidence submitted to the UK parliament’s Science and Technology Committee in November 2020, BT wrote that the benefits of Horizon Europe extend well beyond the financial. “Participation would allow the UK to continue to influence the research agenda in Europe and beyond, with the UK involved at the earliest stages in debates on regulation and standards”, the operator added.