BT calls on supplier base to zero in on emissions 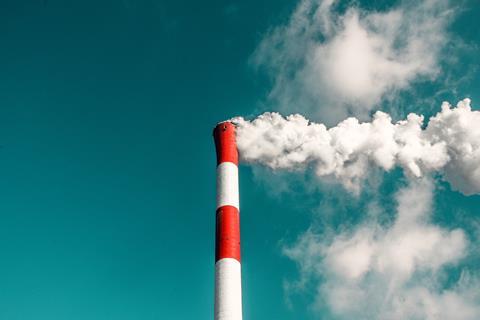 BT calls on supplier base to zero in on emissions

The department is calling on “all” members of its supplier ecosystem to set net-zero targets, procure renewable energy, and benchmark emissions across their own supply chains to help BT achieve a 29%‑cut in ‘Scope 3’ carbon emissions by FY29–30 , against a FY16–17 baseline. A spokesperson for BT indicated that the Group is working with vendors with a view to reducing their carbon emissions by 42% within the same timeframe.

Suppliers — which account for more than two-thirds of the operator’s carbon emissions — are also being asked to join the SME Climate Hub and Race to Zero campaigns, two United Nations (UN)-backed initiatives that encourage greater action on climate change and disseminate decarbonisation targets and practices to members.

BT’s “Science-Based Target” (SBT) for FY29–30 is aligned with the COP21 Paris Agreement that seeks to restrict global temperature rises to 1.5°C above pre-industrial levels. The SBT initiative (SBTi) is another UN and international charity-backed programme that links corporate goals with scientific estimates of the action needed to restrict global warming in line with COP21. BT is already said to have cut emissions from its supply chain by 8% compared with FY16–17 (BTwatch, #313). Also endorsed by SBTi is a goal of cutting greenhouse gas (GHG) emissions by 87% by FY29–30, again compared with FY16–17 .

A matter of extreme importance

Recently, BT was awarded ‘A’-list status for the fifth consecutive year in CDP Worldwide’s 2020 ranking of companies that are “leading on environmental transparency and action”. Formally known as the Carbon Disclosure Project, CDP is an international organisation that helps investors, businesses, cities, states, and regions manage their environmental impact. It also enables accountability across value chains via its “disclosure platform” database.

CDP, founded in 2000, recently sought to highlight the urgency with which action on reducing supply chain GHG emissions should be treated. In its Global Supply Chain Report 2020, released last month, CDP claimed that failure to do so could cost businesses up to $120bn (£85bn) over the next five years. This is due, CDP analysts said, to greater public scrutiny, “regulation (on emissions)”, and “market changes”.

The CDP report also said that while the number of suppliers disclosing data on their carbon footprint increased by 16% in 2020, only 37% are engaging with their own supply chains to cut emissions. “Managing the direct impact of your own operations is no longer enough”, it concluded.