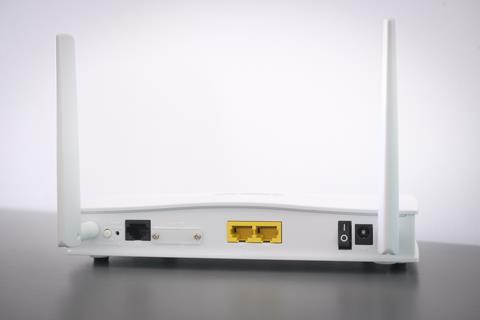 It aims to determine whether BT has breached rules laid out in 2018, which require it to facilitate provision of a ‘decent and affordable broadband connection’ in all areas of the UK bar Hull (where regional operator KCOM takes responsibility). Specifically, the regulator is probing BT’s pricing practices relating to costing installations.

While Ofcom acknowledged that costs can be high due to the “remoteness” of certain premises, BT’s possible non-compliance may be leading to quotes “being higher than necessary”, according to the regulator. It is now gathering evidence and will provide details of “next steps” before the end of 2020.

Hate the game, not the player

Perhaps inevitably, BT responded to the allegations with incredulity.

A spokesperson told several outlets that the operator “strongly disagrees” with the investigation, adding that BT is “fully committed to working with both Ofcom and the government to find better ways to connect the hardest to reach”.

Beyond simply denying the allegations, the operator made clear its frustration with the regime it must comply with to connect the UK’s most rural premises, which it claims makes it unviable to connect “some communities”.

“We strongly believe this needs to change —alongside the existing USO programme, we need a new plan for the hardest to reach. This has to be a shared endeavour, across industry and with government and Ofcom.”

More specifically, the BT spokesperson called for a “taskforce” with cross-party political support, backed by BT “expertise”, to find viable ways to connect the remaining premises. It also called for greater clarity on plans for the government’s £5bn rural full-fibre funding plan.

One alternative to terrestrial infrastructure floated by BT in its retort was satellite networks, with OneWeb namechecked as a potential technology partner. The satellite operator, which in November 2020 underwent somewhat of a rebirth, now calls the UK government and Indian conglomerate Bharti Enterprises its principal shareholders.

The USO dictates that, when requested, the operator must give a quote for the provision of 10Mbps-capable broadband connectivity to a premise and, when this is less than £3,400, cover the cost of the deployment. When that cost is surpassed, the operator must still provide the service if the customer is willing to cover the rest.

Various conditions are in place to ensure BT assesses its costs in a fair and substantiated manner, with relatively stringent guidelines as to the methodology used.

However, in a House of Commons debate during early-October 2020, Member of Parliament Edward Timpson cited instances of quotes for “five-figure sums”, with one Welsh resident handed an £85,000 quote to receive a basic broadband connection, and the “well-publicised case of MrRoberts in the LakeDistrict, who was asked to contribute just over half a million pounds”.

There were also complaints that the methodology did not allow for costs to be shared between neighbouring locations, although Timpson conceded that BT was “developing a way to enable customers to share excess quotes among their neighbours”. DCMS Parliamentary Under-Secretary of State Matt Warman also noted that the legislation introduced in 2018 included provisions that enabled Ofcom to consider how costs can be shared between multiple locations.

Warmann also revealed that BT had recently informed him that it had notified more than 40,000 people that they may be eligible under the USO, which had led to about 4,000 quotations and “more than 500approved projects to date”, with more in the pipeline.

BT, perhaps rightly, argues that, although the USO has the right intentions, it does not do enough to make rural connections economically viable. By nature, if a premise is rural enough to quality for the USO, the cost of connecting it is likely to be prohibitive.