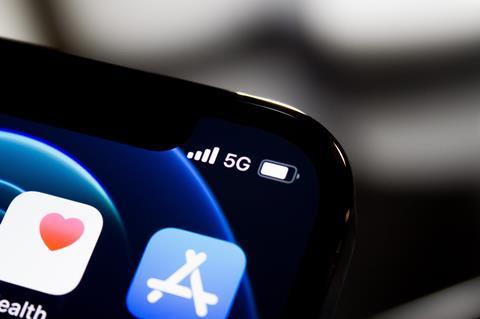 The UK government’s Department for Digital, Culture, Media & Sport (DCMS) pledged £200m in 2018, to prime 5G testbeds and support development of next‑generation use cases over the course of four years. Two years on, and progress is evidenced by partnerships between startups, telcos, and academia.

Government funding has been spread across projects from Dorset to the Orkney Islands, encompassing entertainment, healthcare, mobility, and other segments.

TelcoTitans has identified five of the startups as particularly worth watching in the UK’s 5G innovation space across regional and rural connectivity projects (including EU‑backed initiatives):

Condense Reality pitched its volumetric video solution to BT at its Telecom Infra Project Ecosystem Accelerator Centre UK (TEAC UK) event in early‑2020, where it was one of six shortlisted startups (BTwatch #309).

The DCMS funded an initial 5G Testbeds and Trials programme in 2018, under which innovation hubs were established. Given the regional nature of these testbeds, mobile network operator (MNO) engagement appears low, with local challenger operators picking up the slack. The £200m funding, running to 2022, has so far been granted across three further calls beyond the foundational Testbeds and Trials:

The Capacity Manager project is being piloted on transport links in Birmingham and Coventry, using O2 UK’s network (Telefónicawatch, #147).

Immense is also part of Midlands Future Mobility, the £25m investment programme led by the University of Warwick’s WMG innovation group, along with Vodafone UK (Vodafonewatch, #191).

Immense is also involved in Project Apollo, an £11.6m Innovate UK‑funded CAM initiative claiming to be “the largest in Europe”, which targets autonomous ride‑sharing. The project sees Immense partnered with fellow UK innovators DG Cities, Nominet, Oxbotica, and others.

Regional 5G innovation hub WM5G, established by the West Midlands Combined Authority and the DCMS following the initial 5G Testbeds and Trials programme, aims to deliver local testing facilities and leverage 5G‑enabled solutions for use in infrastructure, parking, traffic management, and pedestrian traffic flow monitoring are among the use‑cases currently being explored. The DCMS pledged £20m to WM5G through to March 2022, with £2.4m disbursed in in mid‑2020 as part of a first wave of road and rail transport trials.

Belfast‑based satellite mapper 3DEO is participating in the first phase of the Forth‑ERA programme.

The S5GC was established as a 5G development hub in late‑2019 and aims to prepare the ground for Scotland’s 5G investment and innovation programmes. It has been allocated £5.3m in funding from the Scottish government through to 2022. To date, five projects have emerged from the centre, including partnerships between local small‑ and medium‑sized enterprises, startups, operators, and universities. It is chaired by former‑BT executive Julie Snell.

The EU’s 5G Infrastructure Public Private Partnership (5G PPP) programme launched in 2017 as a joint venture between the European Commission and industry. It focuses on bigger-ticket projects, largely undertaken by established technology players with at least one operator included in each consortium. It is currently in its third wave of projects. When looking at 5G PPP projects with a UK footing — i.e., those with UK‑based partners or solutions that are trialled in the UK — telco involvement is much more prevalent than in UK government‑funded projects:

Vivacity Chief Operating Officer Peter Mildon said that the blueprint developed in the project has the potential to be replicated and scaled, to “build a lasting connectivity corridor for future technological trials”.

Smart Junctions 5G expands on an existing Smart Junctions project, wherein Vivacity partnered with Immense to develop a similar tool in Greater Manchester. The pair were handed a combined £2.5m Innovate UK grant for those trials, which started in 2018.