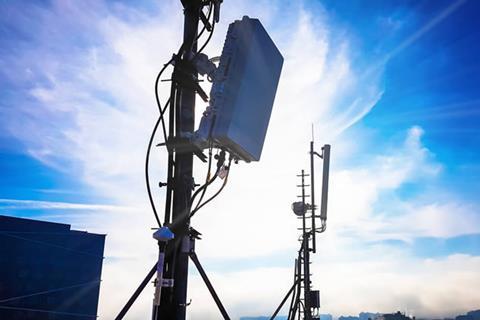 Vodafone UK (VfUK) Chief Executive Nick Jeffery hit out angrily after several of its masts, including sites shared with Telefónica UK, were damaged following claims linking the spread of coronavirus with roll out of 5G networks. At least 50 masts in the country were reported to have been set on fire or otherwise vandalised, with network engineers also experiencing abuse.

The attacks attracted widespread condemnation from authorities and industry, and Jeffery declared them a “matter of national security”, claiming police and counter-terrorism authorities were investigating. The UK’s four mobile network operators issued a joint statement maintaining there was no scientific evidence linking 5G with coronavirus, and the GSM Association highlighted that the “disinformation campaign” was “inciting fear, aggression, and vandalism against… critical infrastructure and essential maintenance workers”.

Social media providers including Facebook, Twitter, and YouTube were said to be taking steps to remove and reduce the visibility of content linking COVID‑19 to 5G, following talks with the UK government. However, as Vodafonewatch went to press, content was still being widely distributed and shared, including one widely-posted and obviously-dubious recording positioning a “former Vodafone boss” as a whistle-blower.