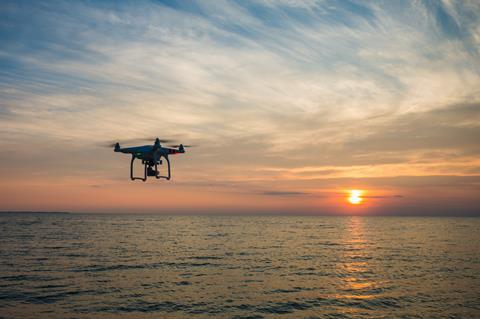 Sees.ai, a UK startup marketing autonomous flying technology for drones, is leading an eight-partner-strong consortium — which includes Vodafone UK (VfUK) — to pilot beyond visual line of sight (BVLOS) drone flights for surveillance and inspection purposes at several construction and industrial sites in the UK.

The ‘command and control’ tech will be piloted at sites held by the consortium’s “end clients”, which include construction contractors, with notable variation in the surveillance-oriented use‑cases being looked at (see table).

Sees.ai told Vodafonewatch that the broader aim is to demonstrate the benefits of its solution — leveraging “state‑of-the‑art” robotics via a central control room for drone use in urban and industrial environments — and accelerate the path to commercial deployments.

The tests are funded by £7m (€7.7m) of a wider pot of £33.5m offered under the Future Flight Challenge fund, which flows from the UK government-backed Research & Innovation agency’s wider support of disruptive aviation tech. The funding is intended to overcome the detrimental impact of COVID‑19 and climate change across various industries, such as construction and engineering.

The UK government confirmed the first 20 winners of the Future Flight Challenge programme in November 2020, with a further 28 projects to be announced in the “coming weeks”. Other winning proposals included projects to: transport goods between Bristol and Cardiff via a hydrogen-powered electric aircraft; run low‑ and zero‑carbon short‑haul flights in the UK; and deliver personal protective equipment and COVID‑19 testing kits to rural communities in Cornwall and the Isles of Scilly using unmanned aerial vehicles.

BVLOS drone flights can reduce the infection risk among workers, according to the announcement, by removing the need to carry out inspections of onsite assets manually, limiting human contact and transmission of the virus, and managing social distancing.

In practice, the drones gather “aerial data” and beam output to a command and control room, operated by human pilots. The solution offers real‑time monitoring capabilities via “high‑end aerial imagery” of onsite activities, and is expected to boost productivity, cut costs, and save time.

VfUK has long positioned its in‑house-developed Radio Positioning System (RPS) as a means to provide BVLOS players with accurate oversight, as well as a way to meet the UK Civil Aviation Authority’s (CAA) stringent drone safety regulations (Vodafonewatch, #184, #152, and passim).

In a whitepaper published during early‑2020, Chief Technology Officer Scott Petty noted arguments made in a report commissioned by VfUK and public policy and economics consultancy WPI Economics that highlighted the potential societal and economic benefits of cellular connected (SIM‑enabled) drones. The report made various policy recommendations, such as the launch of a “blue light” drones fund to highlight the benefits of cellular connected drones to emergency services.

Potential use‑cases, Petty said, could be found in delivering medical supplies, responding to traffic accidents and commercial or domestic fires, and monitoring livestock for farmers.

Sees.ai namechecked Vodafone as a key partner in late‑2019 when it outlined future plans after it was granted regulatory approval to operate under the CAA’s Innovation Sandbox. Another collaboration between the business and Vodafone is expected to be announced soon.