1
Vodafone Group sticks to script in face of COVID
Vodafonewatch

Vodafone Group sticks to script in face of COVID 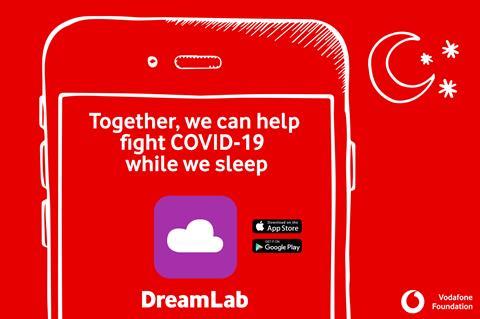 Vodafone’s leadership duo maintained their unwavering focus on internal reshaping and restructuring as they presented the Group’s results for the quarter to 30 June 2020 (Q1 FY20–21).

Despite being Vodafone’s first full quarter since the rise of the coronavirus pandemic in key markets, Chief Executive (CEO) Nick Read and Chief Financial Officer Margherita Della Valle emphasised the operator’s continuing, “focused delivery of our strategic priorities” during Q1. No real change of strategic direction or forward guidance was evident in the face of the pandemic or associated socio-economic crisis.

Vivek Badrinath, CEO of Vantage Towers, made an appearance in the Q1 session, drumming up stakeholder interest in the newly-formed TowerCo ahead of its planned early‑2021 flotation (Vodafonewatch, passim).

However, the earnings call was still essentially another episode of the Nick and Margherita Show — with the narrative rarely straying beyond their favoured territory of:

On the latter front, Read continued to enthusiastically talk up his desired “social contract” with authorities, again highlighting the post-coronavirus “five-point response plan” that Vodafone has committed to from its side of the negotiating table. It was not clear from his comments whether anybody is listening, though.

In his presentation, Read laid out six areas where he is seeking movement from policy-makers, but, when questioned further in the Q&A part of the session, he did not point to any concrete progress. He also notably distilled focus largely onto two “immediate” priorities:

The CEO sought to stress that governments now have “heightened” awareness of telcos’ need for greater regulatory support, but he still felt the need to emphasise that a “social contract is a ‘contract’ — i.e. a two-way flow”.

Capacity crunch at the top?

It was not just with the social contract plan that the presentation had a predictable and pre‑packaged feel.

While consistency of messaging was deemed necessary, no doubt, to assure stakeholders that the Vodafone ship has not been blown off course by the COVID‑19 crisis, it fed suspicions that the Group could benefit from greater diversity in decision-making, and is taking on risk by driving so much strategy and activity from within Read and Della Valle’s Group Finance power base.

The session did not suggest that many new ideas have come out of Vodafone, in response to the coronavirus pandemic, and Vodafonewatch was left to wonder whether channelling so much activity through Group Finance is constraining the business’ animal spirits and agility.

As well as the heavy-going evidently being experienced in discussions with the European Commission, there was an ongoing absence of information on the Group’s delayed Technology 2025 strategy (see further on).

There was also acknowledgement that Vantage has been set up with Vodafone having neither firmed up the amalgamation of UK joint venture (JV) Cornerstone Telecommunications Infrastructure (owing to ongoing discussions with partner Telefónica Group over legalities), nor reached a final decision on the long-mooted “monetisation” of part of Vodafone’s Cornerstone stake. The former point appeared significant, with City shareholders seemingly underwhelmed by the earnings figures attached to Vantage ahead of its planned listing.

Closing out the presentation, Read noted that we — presumably him and Della Valle — “need a rest”. “As you can see, we have been very busy, burning a lot of hours”, he said. Stakeholders, however, may have been left with the feeling that Vodafone’s leadership urgently needs capacity, variety, and delegation.