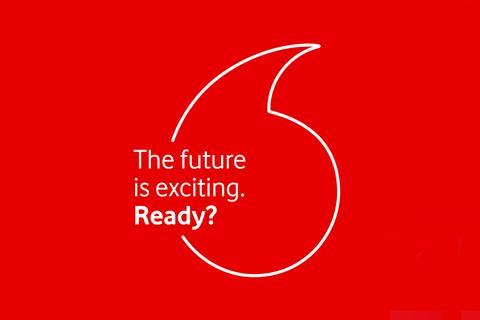 Vodafone indicated it is following other major brands by insourcing advertising and marketing functions, in a bid to improve control and accountability.

Vittorio Colao, the outgoing Chief Executive of Vodafone, said that part of the Group’s Digital Vodafone efficiencies programme, unveiled in 2016 (Vodafonewatch, #156), is seeing it bring marketing operations in-house. He linked the move to the operator having opened up more regular contact with customers via self-care application My Vodafone, thus creating a new, autonomous marketing channel to users – as well as a more general desire to ensure advertising spend is delivering return.

“ We will be and we are insourcing platforms and activities, because we believe that this is a critical skill for the future and also [a] critical skill to make sure that the relatively large amount of money that we invest in advertising and commercial cost is well invested. ”

The Italian – who has consistently sought to reduce extravagance in Vodafone’s branding spend, such as now-defunct Formula One and cricket sponsorships (Vodafonewatch, #113 and passim) – did not reveal further detail on the advertising functions that are being subsumed within Vodafone, or which of its agencies and suppliers are being affected. Vodafone has long been closely aligned with WPP Group on advertising strategy and buying, including via the launch of its “The Future is Exciting. Ready?” strapline in 2017 (Vodafonewatch, #160).

It seems likely that internal functions are being set up within the Serpil Timuray-led Group Commercial, Strategy & Operations division, whose Vodafone Analytics startup unit is playing a prominent role in many Digital Vodafone initiatives (Vodafonewatch, #159 and passim). Data Analytics units have now been “rolled out across the Group” under Digital Vodafone, according to Vodafone’s latest, May 2018 strategic update, enabling OpCos to provide “predictive, proactive, and personalised offers to our customers”, as well as “optimising the efficiency of our marketing spend, enhancing ARPU, lowering churn, and improving our direct channel mix”.

Many major brands, in telecoms and elsewhere, have been expressing concern over visibility and accountability of advertising on social media and other digital channels, as well as pushing for a better view of marketing technology costs and greater control of where and how ads appear.

In a 2017 survey of large, multinational advertisers by the World Federation of Advertisers trade body, 65% said they had invested in internal capabilities, and “more than 70%” indicated they had amended their media agency contracts, in a bid to improve spend transparency. Group arch-rival Deutsche Telekom recently took back internal control over media strategy, programmatic ad buying, and media analytics as part of a high-profile shakeup of its advertising supply chain, dubbed Project Tetris.

As well as emphasising Vodafone’s overriding strategic focus on cost reduction, the Group’s move has echoes of other, data analytics-led initiatives that are impacting Vodafone’s supply ecosystem, including Smart Capex network intelligence projects rolled out in Germany and elsewhere (Vodafonewatch, #159).

There is room to suspect Vodafone’s move could have commercial motivation, too. There has not yet been an indication of real intent within the Group to progress things a step beyond improving spend oversight, and work internally to bring its network and user data together into a commercial offering for third parties. However, Colao suggested in 2017 that services based on “personal data banks” had been investigated by the Group and could be a future focus of Vodafone Analytics (Vodafonewatch, #159).