Vodafone bags 5G spectrum; other OpCos have to wait 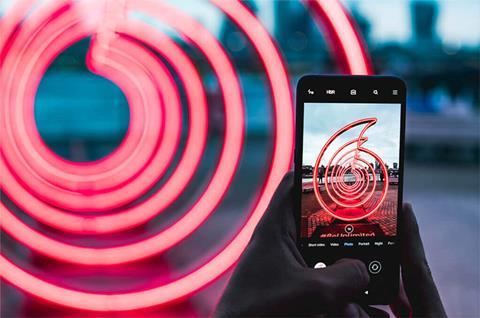 Vodafone bags 5G spectrum; other OpCos have to wait

The 15‑year licences expire in 2035, with the option for a five‑year extension to 2040. The 700MHz frequencies will be made available from September 2020.

VfH said it was the first Hungarian mobile network operator (MNO) to launch 5G services in May 2019, using 3.6GHz frequencies acquired in 2016 (Vodafonewatch, #177). The OpCo currently operates 34 5G base stations in Budapest. It said the 2.1GHz frequencies would be used to boost capacity on the LTE‑Advanced network.

NMHH confirmed that the MNOs — VfH, Magyar Telekom (MT), and Telenor Hungary — paid a total of HUF 128.49bn for the spectrum licences. It noted that competition was fierce for 700MHz frequencies, and no bids were submitted for lots in the 2.6GHz band. Reuters reported that the government’s auction proceeds were nearly double the initial target of HUF 70bn. It seems that a preliminary bid stage on 11 March 2020 indicated that demand outstripped supply, particularly in the 700MHz band, prompting the NMHH to proceed to a secondary auction.

Vf was the second-highest spender behind incumbent rival MT, which said it paid HUF 54.24bn for its three licences, including HUF 26bn for 2×10MHz of 700MHz frequencies. It won 2×10MHz in the 2.1GHz band and 120MHz in the 3.6GHz band. The operator subsequently launched commercial 5G services at sites in Budapest and the ZalaZone vehicle test-track in Zalaegerszeg. Telenor Hungary appears to have spent HUF 35.6bn. It failed to win licences in the 2.1GHz band but did secure the biggest chunk (140MHz) of 3.6GHz spectrum, as well as 2×5MHz in the 700MHz range.

The 5G auction did not usher in any new entrants after the only other applicant — pay‑TV and broadband player Digi — was blocked from taking part (Vodafonewatch, #180). Digi has already issued a statement claiming that the auction results were unfair and calling on NMHH to withdraw them. It also flagged its intention to pursue legal action over its exclusion from the process. In November 2019, Digi Hungary and Ericsson started live network 5G testing in Budapest using a 20MHz frequency block in the operator’s existing 3.4GHz spectrum allocation.

Hungary was able to complete the auction despite the spread of COVID‑19. NMHH said the auction took place under special conditions, including onsite supervision and protective equipment for all participants.

Elsewhere in Europe, the pandemic has forced a number of regulators to postpone 5G auctions until further notice:

The European Commission is likely to be forced to extend the current deadline of 30 June 2020 for European Union member states to allocate the 700MHz band to 5G.

UK keeps calm and carries on — for now

Ofcom published the final rules for the auction of 5G‑enabling spectrum in the 700MHz and 3.6GHz–3.8GHz bands, broadly confirming revised proposals outlined in late‑2019 (Vodafonewatch, #181).

As things stand, the regulator is suspending existing consultation deadlines and putting on hold new consultations because of the COVID‑19 pandemic. Although Ofcom has not commented on how this might affect the 5G auction, a precise 5G timetable has not yet actually been disclosed.

According to a report in The Telegraph, Vodafone has called on the government to scrap the auction because of the pandemic, and instead allocate the spectrum fairly among the four operators at the reserve price of £1bn (€1.1bn). The Group apparently outlined its proposals in a letter written to Oliver Dowden, the UK Culture Secretary, and industry rivals.

Hutchison CK‑owned Three UK was said to have called for a delay to the auction, while EE reportedly favours an online process that would allow the auction to go ahead as planned.