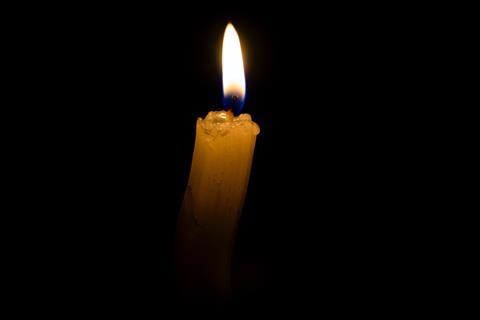 Labour union strikes at national power provider Eskom have led to a civil unrest in the country, with employee homes petrol‑bombed and tyres slashed.

To cope with the strikes, Eskom implemented Stage 6 load shedding, leaving Vodacom unable to fully recharge its backup batteries in between outages. Once the backups are depleted, connectivity in the relevant area can be lost entirely.

Eskom and its unions found themselves at a stalemate on 22 June 2022, with the latter demanding a 12% pay rise for all employees. It baulked at the power provider’s 5.3% offer, citing South African inflation of 6.5%.

Chaos broke out the following day as approximately 90% of Eskom staff went on strike.

On 28 June, Eskom initiated Stage 6 power cuts, leaving most residents without power for two hours per day. Some South Africans, however, faced four‑hour blackouts. Unsurprisingly, this led to further uproar throughout the country.

Eskom then increased its pay offer to 7%. Though that offer has not yet been accepted, labour unions agreed to call workers back from strike action to resume negotiations. It was too late, however, to prevent the petrol‑bombing of homes and vehicles.

Stage 6 refers to the cutting of 6,000 megawatts from the national grid — enough to supply almost four million homes.

Speaking at a media briefing in late‑June 2022, Eskom Chief Executive André de Ruyter forewarned of a potential Stage 6 scenario because of unlawful and unprotected strikes at major power stations.

Eskom implemented Stage 6 between 2pm and midnight on 30 June, and will do so from 5am to midnight on 1 July. It has cut 36,000 gigawatt-hours of power from the grid. The previous record was 30,000.

Load shedding by Eskom has long been flagged as exacerbating Vodacom’s issues by necessitating greater reliance on diesel generators (Vodafonewatch, #186 and passim). It has been initiating blackouts for more than a decade.

Theft, vandalism, and power outages at Vodacom’s mobile base stations continue to present a challenge to network resilience and green energy targets, despite a further ZAR 683m (£35m/€41m) investment in backup batteries in the year to 31 March 2022 (FY21–22).

Under the Energiser project, Vodacom has installed backup battery vaults at network sites to provide power for between four and eight hours when the grid fails. Group Chief Executive Shameel Joosub said batteries have cost the operator ZAR 1.7bn in the past two years.

Load shedding was blamed for a 4.5% increase in the Group’s Scope 1 (direct) and Scope 2 (indirect) emissions in the FY. Mirroring Vodafone, Vodacom seeks to halve its Scope 1 and Scope 2 greenhouse gas emissions (GHG) by 2025, against a 2017 baseline.

In FY21–22, Vodacom reported a 2.7% drop in energy consumption (excluding transport), with efficiency programmes and energy management among the drivers. These projects, it said, are dependent on enhanced security measures at network sites. Key programmes include:

Managing energy requirements is one of Vodacom’s Social and Ethics Committee’s FY22–23 “focus areas”. Khumo Shuenyane, Chairman of the Committee, noted that the Group’s energy strategy “relies significantly on power purchase agreements and wheeling to power our entire operations in South Africa”. Across Vodacom’s International Markets, the plan is to reduce reliance on diesel generators, with a focus on South Africa “as the most material contributor to the Group” — contributing 82% of Group GHG in the last FY.