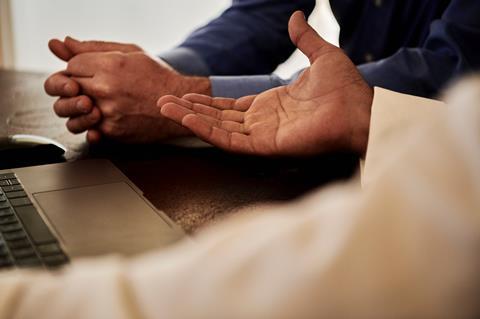 Telecom Egypt, Vodafone’s canny local partner, talked up the benefits of its newly reworked relationship with the Group, highlighting that it intends to get a stronger grip of how dividends are extracted from their joint business Vodafone Egypt.

The local incumbent — which, as a minority (45%) shareholder, has clashed repeatedly with Vodafone over dividend distribution — will gain a “strict inflow of cash” from the modified shareholder agreement, noted Adel Hamed, its Managing Director and Chief Executive, earlier this week.

Speaking during the operator’s latest earnings call, for the three months to 30 June 2021, via VIQ FD Disclosure, Chief Financial Officer Mohamed Shamroukh added that the improved visibility will help “yield a sustainable positive free cash flow for the company in the future”.

The tit-for-tat shareholder agreement tweak, announced in June, gives Telecom Egypt “certain enhanced minority rights”, including “access to information” and the guarantee of a minimum dividend payout ratio of 60% of Vodafone Egypt’s free cash flow. Vodafone also acquiesced to payment of a one-time dividend of EGP 10bn from the OpCo — the first tranche of which was settled in March and helped Telecom Egypt report an 88% increase in net profit, to EGP 3.87bn, during H1.

In return, Vodafone has been freed to transfer its 55% holding in the Egyptian OpCo to another business within the Group — with Vodacom Group a likely destination. Vodafone Chief Executive Nick Read confirmed in late-July that the operator “could, potentially, move [the Vodafone Egypt interest] to Vodacom”, adding that “that is an option for us to explore”. It performed a similar switch with the majority of its controlling interest in Kenya’s Safaricom during 2017, and has more recently transferred organisational oversight of Vodafone Ghana to Vodacom too (Vodafonewatch, #156 and #193).

While Vodafone has said little regarding the refresh, it came as a follow-up to late-2020’s collapse of its latest attempt to exit the Egyptian business, this time to Saudi Telecom. The failure of this deal remains unexplained, but Vodafone has suggested the inability of the Saudi operator and Telecom Egypt to come to an agreement on how to structure their relationship was a factor (Vodafonewatch, #193).

The Telecom Egypt executives confirmed that the refreshed deal does not affect non-investment aspects of its convoluted relationship with Vodafone, which sees the incumbent compete with Vodafone Egypt in the mobile market and ICT sector, as well as supplying the OpCo with wholesale services and international capacity. Hamed said Vodafone and Telecom Egypt retained a “Chinese wall” between the two Egyptian operators, to manage these conflicts. “We have a very good relationship with Vodafone”, he said.

Saudi Telecom nudged ‘back to table’

In another prospective side-effect of the reworked Telecom Egypt relationship, regional media reports suggested a sale of Vodafone’s VfEg holding to Saudi Telecom could be revived. A CNBC Arabia report, citing anonymous banking sources, claimed that the deal has “resurfaced again”, as the Saudi operator is looking to take advantage of reduced financing costs and make a fresh bid for funding to fuel a takeover. The Saudi telco is “seeking to secure soft financing of about $1.1bn [£805m/€938m]” to support another run at the mobile operator, CNBC Arabia suggested. VfEg is said to have denied that any talks were taking place, and Telecom Egypt indicated it had “no information” suggesting negotiations had resumed. Nonetheless, the inference is that Saudi Telecom could be drawn back into the action by the reworked shareholder agreement, and prospect of VfEg ending up under the control of Vodacom.

STC was in the frame to buy Vodafone’s 55%-stake for nearly all of 2020, with the operators having signed a Memorandum of Understanding in January 2020 regarding a prospective $2.3bn buyout (Vodafonewatch, #182 and passim). However, the pandemic intervened to scupper their 30 June 2021 deadline, and the talks were eventually “terminated” in December 2021 (Vodafonewatch, #193). While the Saudi telco blamed initial delays on “logistical challenges” relating to the pandemic, (not necessarily conflicting) media reports at the time suggested finance access was a factor. Vodafone also indicated at one point that STC and Telecom Egypt had yet to come to an agreement to “enable the transaction to close” (Vodafonewatch, #189).