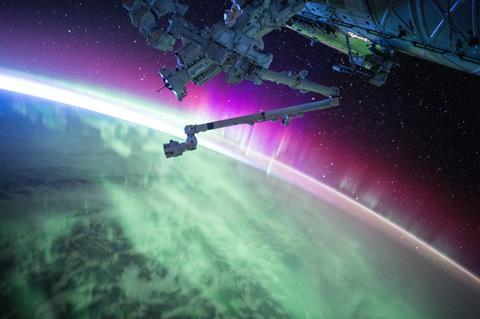 Abel Avellan, Chairman and Chief Executive (CEO) of next-gen satcomms challenger (and Vodafone investment) AST SpaceMobile, talked up the technological viability of its platform amid scepticism around the size of its prototype’s phased-array of antennae.

Speaking on AST SpaceMobile’s earnings call for the quarter to 30 June 2021 (Q2 FY21), Avellan told analysts that “satellite, in general, is a very conservative industry” that has been “pretty much doing the same thing… for decades”. “Someone needed to break the code”, Avellan continued, describing AST SpaceMobile’s spacecraft and antenna tech — supported by about “1,200 patent and patent claims” — as having disruptive potential.

BlueWalker 3 (BW3), a third prototype satellite for its low-earth orbit (LEO) constellation, is set to launch in March 2022 and features a 693sqf phased-array — which will be one of the largest ever deployed, according to the startup. It was previously hoped the launch would take place this year (Vodafonewatch, #193).

Some market observers are concerned that the sheer size of the array could cause functionality issues relating to the ‘unpacking’ of satellite modules once in space. But Avellan said the business is “very confident in the viability and feasibility of the technology”, adding that the size of the array is necessary to “produce enough power and gain to connect on a broadband speed directly to handsets” on Earth.

Avellan also assured that the interoperability of its early prototypes with mobile handsets was something it had tested “extensively” with its “wireless partners”, including Vodafone. The Texas‑based startup plans to leverage “3GPP standard frequencies” to beam down signals to users when they stray outside of terrestrial networks’ range.

Vodafone is in line to be one of the early adopters of AST’s international platform. Initial target markets include Ghana, Kenya, Mozambique, and Tanzania. Alongside Africa, AST SpaceMobile plans to cover territories in Asia and Latin America during 2023. This initial stage would bring connectivity to about 1.6 billion people. The longer‑term plan, if realised, is to achieve “full global coverage” by the end of 2023 or early-2024 using an estimated 168 satellites. The startup claims that airwaves beamed down from its satellites will be accessible to “any standard, unmodified, off‑the‑shelf mobile phone or 2G/3G/4G LTE/5G and IoT‑enabled device”. Other investors in AST SpaceMobile include American Tower, Rakuten, and investment group Cisneros.

The quarterly results call was the startup’s first as a public company. AST SpaceMobile’s top brass said it was nearing the end of a first “development phase” and plans to move into a “production phase” after it launches BW3. It is also in the process of finalising the design of the next-generation BlueBird 1 spacecraft.

Other takeaways from the call included: