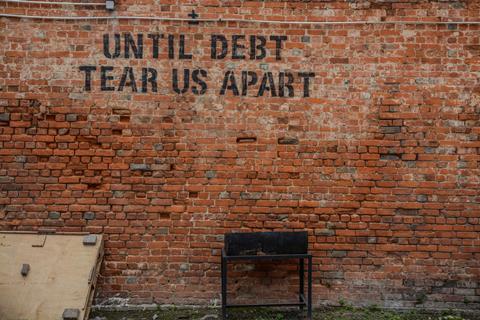 The United Internet‑owned operator is disputing the price list upon which O2 Germany’s charges were made, but in the meantime was compelled to warn that EBITDA for the year to 31 December 2020 was now expected to be around €600m, compared to earlier guidance of €680m. It further warned that, should the new terms remain in place, future years will also see pressure on earnings.

The new pricing appears to mark a shift from the approach in the initial contract period between the two operators, which drew to a close at the end of 2019. 1&1 Drillisch noted that a trend of declining voice and data prices is ending with the new agreement, which will use the average cost of provision for the year to 30 June 2020 as the rate applied for the duration of the extended deal. The MVNO also noted that some services previously not charged for, including capacity for SMS, will now attract a cost.

Telefónica arranged a deal for Drillisch to use a substantial tranche of its network capacity as part of the settlement with authorities needed to approve the E‑Plus merger (Telefónicawatch, #88, #92). The initial agreement saw the share of capacity available to 1&1Drillish increase to 20%, and it has the right to take an additional 10% over the course of the prolongation, as agreed at the time of the initial contract.

A deal’s a deal

As 1&1 Drillisch warned of the financial impact of the extended contract, O2 Germany set out its side of the story, stating that the use of an average price based on a benchmark period had been set as part of the initial agreement, and reviewed by both sides in 2017, adding that the “terms and conditions have been transparent for both parties at all times”.

O2 Germany also noted 1&1 Drillisch’s ongoing right to request a review of any pricing it considered unfair, while reminding that it had won the only review that has been adjudicated on so far, with two still in process, and two withdrawn by its MVNO partner (Telefónicawatch, #138).

Drillisch fighting on all front on right to roam

Complicating the picture on the price of access for 1&1 Drillisch, the two parties are also separately negotiating the potential for converting its MBA MVNO contract into a more standard national roaming arrangement. This would enable 1&1 Drillisch to make use of the 5G spectrum it acquired in the latest German spectrum auction, and become a viable fourth national network operator in the country.

With just two modest tranches of spectrum in the 2GHz and 3.5GHz bands secured in 2019 auction to call its own (Telefónicawatch, #136), providing an independent nationwide service is not viable for 1&1 Drillisch, and this has prompted it to enter negotiations on roaming agreements with all the existing operators. However, beyond having a commitment to agree reasonable commercial terms, the operators are not bound to provide the challenger with network access, and the MVNO has struggled to make progress with reluctant partners (Telefónicawatch, 146).

This stalemate has led 1&1 Drillisch to turn to the German regulator, the Bundesnetzagentur (BNetzA), to help resolve the problems experienced in progressing talks with Deutsche Telekom and Vodafone Germany. The MVNO is turning to the regulator for arbitration as it considers that the operators are not fulfilling obligations to meaningfully negotiate on roaming, as agreed when awarded 5G spectrum. Despite its evident disagreements with O2 Germany on roaming, as well as on contract terms, the Telefónica operating business has not been referred as 1&1 Drillisch said that negotiations between the two are still ongoing.

Despite the Drillisch call for a prompt resolution, the extent of BNetzA’s powers on this matter are not universally agreed, and the timeframe for any decision is expected to be lengthy.