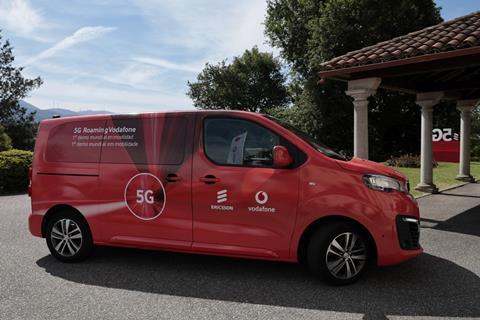 The project saw two gamers from the Vodafone Giants e‑sports team, sponsored by VfS, play each other in “real-time” using both OpCos’ networks. The session reportedly took place as they made respective journeys between Valença do Minho, in northern Portugal, and Tui in Vigo, three kilometres away across the Spanish border.

Neither Ericsson nor Vodafone indicated any plans for commercialisation of the technology.

VfP has previously flagged work on 5G development with Ericsson, which is one of its key network partners. The two providers teamed with Qualcomm to trial “Gigabit LTE” connectivity in 2017, in a project described as “paving the way to 5G” (Vodafonewatch, #152). VfS appears to have been leaning towards Huawei Technologies as its main 5G network partner, although has indicated some ties with Ericsson and Nokia (Vodafonewatch, #163, #171, and #173).

News of the 5G gaming project came as Vodafone said it was collaborating with e‑sports contest organiser ESL, owned by Swedish digital entertainment specialist Modern Times Group, on a mobile gaming tournament. The finals of the Vodafone 5G ESL Mobile Open will take place in Milan during September 2019, and be played over a 5G network, said Vodafone.