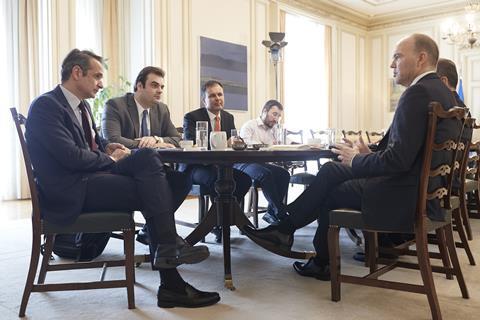 Vodafone’s leadership put M&A back onto the regional agenda as businesses in its main Europe Region reported a mixed bag of COVID‑19-afflicted results in the period to 30 September 2020 (Q2/H1 FY20–21).

Despite the Group stating earlier in 2020 that the nip-and-tuck it has undertaken to its portfolio over recent years was “substantially complete” (Vodafonewatch, #186), Vodafone Chief Executive (CEO) Nick Read appeared to open the door for further deal-making as the Group considers prospects, post-pandemic, and prepares to lay out a fresh, medium-term strategy in 2021 (see separate).

With an eye towards acquisitions or joint ventures (JV), he indicated Vodafone’s top brass would take a “pragmatic view” if an appealing deal possibility comes up in its core focus areas of Europe and Africa.

“So, I think we have got a good organic plan and that will prove to improve returns over time. Of course, were there to be consolidation opportunities, we will always evaluate those opportunities if they are value accretive for our shareholders. We have always taken that sort of pragmatic view, market-to-market, on how to strengthen positions. ”

Beyond in‑market ‘strengthening’, Read laid out a “framework”, underpinned by three “core principles”, that evidently re‑opens the door to sales in markets that Vodafone deems not to be delivering sufficient return-on-investment. According to the CEO, these criteria include:

Evidently underlining that further market exits are possible, Read added that “if we find pragmatic alternatives that deliver superior value, we will always consider them”.

Also emphasising the current CEO’s willingness to change things up if unhappy with performance drags or exposure in Vodafone territories, Read put on display a list of the 14 deals conducted by the operator since 2018 (including some key moves initiated by predecessor Vittorio Colao). These included the exits from Malta, New Zealand, and Qatar, as well as acquisitions and mergers to bulk up in Australia, Germany, Greece, India, and elsewhere.

Read and Chief Financial Officer Margherita Della Valle were, again, noticeably positive towards the performance of Dutch JV VodafoneZiggo — a rare, M&A‑based story of revival in Europe, and one in which further deal-making options could be opening up (see separate).

A shift in the pecking order

To Vodafonewatch’s mind, various elements of the Q2 results presentation added weight to the suggestion that further changes could be coming to the Group’s OpCo line‑up, should the circumstances dictate.

While over the past decade, the Europe Region has been aligned around four major — and seemingly ‘untouchable’ — OpCos (in Germany, Italy, Spain, and the UK), plus the ‘EU Cluster’ of smaller businesses, the division now appears increasingly two‑tiered, in Group leadership’s mind, between the recently-bulked-up operations in ‘Germany’ and ‘the rest’.

Vodafone Germany (VfD) produced 38% of Europe Region revenue in H1, and was the custodian of nearly half of the division’s capital spend (47.8%).

Further, it was striking that the Group’s slide deck reserved two pages for VfD while affording others half-a-slide each — when in the not-too-distant past, the ‘big four’ OpCos were always given equal billing.

As in Q1 (Vodafonewatch, #188), Vodafone’s Q2 figures bore the scars of COVID‑19 disruption, but were by no means disastrous.

The division’s total service revenue went backwards by 1.8% on an ‘organic’ basis, but this was an improvement on the 2.6%‑drop seen in Q1, and progress on the Group’s cost-cutting programme (see separate) helped keep it to a mere 1.2%‑fall in adjusted earnings before interest, taxation, depreciation, and amortisation (EBITDA) across H1.

Regarding individual markets, nearly all OpCos remained in reverse gear on service revenue — the exceptions being Vodafone Portugal — but some weathered the storm much better than others, depending on existing levels of competitive difficulty and exposure to cutbacks in international travel.