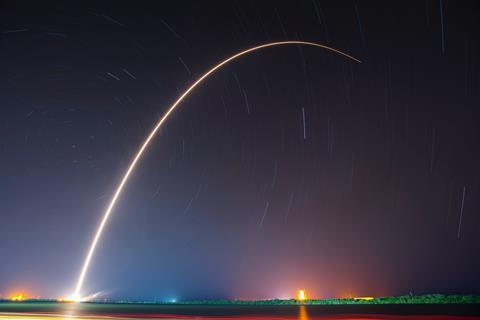 Vodafone satcomms investment AST SpaceMobile is to open a UK technology development and manufacturing base to tap talent for its upcoming mobile services debut.

The expansion, giving the American business a base closer to Vodafone’s Group R&D team, is expected to see AST set up a unit of around ten staff at the new Space Park Leicester development.

A spokesperson said that “as a global organisation, we’re always looking to establish in places with access to experienced space engineers”. “The core activity in our UK headquarters will be as a technology centre, for development and manufacturing”, he said, adding that the office will also handle regulatory affairs, public relations, and project management.

As part of the move, AST has appointed Stephen Gibson, a former Airbus and Lockheed Martin executive, as its Managing Director, UK. He told the Leicester Mercury that the new unit will seek to collaborate with other organisations at Space Park Leicester to help design and prototype parts for AST’s upcoming services launch, tabled for 2023. Led by the University of Leicester, the campus is scheduled to open its two buildings over the course of this year, with Amazon, Lockheed Martin, and satellite data specialist Airbus Intelligence among businesses that have signed up.

The normally corporate venturing-averse Vodafone was an early investor in AST — a closely-watched startup created by industry veteran Abel Avellan to deliver wide-scale wireless coverage via a new network of 243 low-earth orbit satellites. The Group maintained equity in the business during a special purpose acquisition vehicle (SPAC)-based financial rejig by AST in April, and is set to be a partner on the first phase of its rollout, expected to focus on Africa, Asia, and Latin America (Vodafonewatch, #182 and #192). Luke Ibbetson, Head of R&D & Technology Strategy at Vodafone, sits on AST’s Board of Directors.