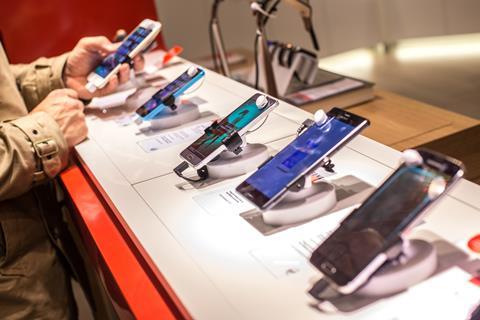 VodafoneZiggo (VfZ) confirmed the imminent closure of its 3G network. The joint venture (JV) set 4 February 2020 as the date by which all subscribers will lose 3G connectivity, slightly beyond its original January 2020 target date.

VfZ noted that shuttering the 3G network will give it more spectrum capacity for 4G services — although politically, did not reference benefits for its bidding strategy in the Netherlands’ upcoming 5G airwave auction, due to take place in the coming weeks (Vodafonewatch, #181).

The JV did not say how many of its customers remain on 3G plans, and in line to be impacted by the move — but concerns over pushback were evident in its statement.

It stressed its desire to “finalise this process with care” and sought to emphasise that users with 2G/3G devices will not be cut off entirely when the 3G plug is pulled. It also argued it had given subscribers a long notice period, having flagged the switch was pending after stopping sales of subscriptions bundled with 3G‑only devices in autumn 2017.

Since then, it has performed an outreach effort, initially focusing on enterprise clients with 3G modules, before extending to consumers. Further, VfZ has been offering SIM card exchanges for customers with 4G‑compatible phones but no 4G service.

Heightening the jeopardy for VfZ has been that it is a first‑mover on 3G re‑farming. Incumbent KPN has indicated it is not planning to shutter 3G until 2022, while T‑Mobile Netherlands is instead focusing on sun‑setting its 2G network, tabling the move for November 2020.

Other Group businesses will be watching closely

The move by VfZ is line with Vodafone’s strategy to “accelerate” re‑farming of 3G spectrum (i.e. primarily at 2.1GHz) at mature-market OpCos, flagged after capital efficiency-focused Group Chief Executive Nick Read stepped into the top job in 2018 (Vodafonewatch, #173).

While little detail has been given out on the plan, there have been indications Vodafone sees the two upcoming fiscal years, between April 2020 and March 2022, as a window to perform the shift. VfZ’s fellow in‑Group JV Vodafone Hutchison Australia began 3G–4G re‑farming in 2019 (Vodafonewatch, #174).

Another angle on Vodafone’s re‑farming plans is that they may dovetail, in certain markets, with shifting of 2G/3G networks to an outsourced and/or shared, cross-operator platform. Vodafone said it was discussing this option with other operators in 2019 (Vodafonewatch, #178).