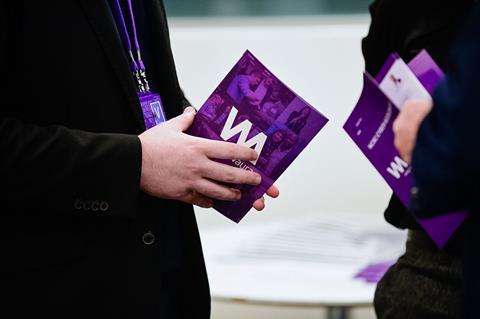 Historically, Wayra has focused on early-stage startups, operating from hubs across Telefónica’s core markets: Brazil; Germany; Spain; and the UK — as well as its Hispanoamérica territories (Argentina; Colombia; Chile; Mexico; Peru; and Venezuela).

However, Moraes indicated that “more mature” startups are now being targeted by Wayra UK — indicating it is looking to reduce seed investments and place heightened focus on business development opportunities, while leaving larger ticket investments to Telefónica Innovation Ventures, the Group’s holding company for its more substantial interests.

It comes as a response to past Wayra UK investments. Moraes estimated that roughly 60%-70% of Wayra UK’s startup activity has been around business-to-business (B2B) products and services, rather than business-to-consumer (B2C). For comparison, he added that the ratio is closer to 50:50 B2B and B2C in other markets.

In response, Wayra UK is focusing on enabling partnerships between startups and corporates. This, in turn, has an impact on the type of startups Wayra UK shows an interest in. “They have to have a mature product”, Moraes said, “because that is what the corporate is interested in”.

“We learned along the way that those [more mature] startups are better prepared to take advantage of the business opportunities that we generate.”

He claimed that since its entry into the UK in 2012, Wayra has partnered with more than 200 startups. Now, operating largely from its hub in Soho, London, it has five core objectives:

5G in the limelight

Moraes sought to present Wayra UK as a leader in Telefónica’s 5G innovation and development. The UK unit was the first to boast 5G connectivity to support the 5G-enabled services innovation from portfolio startups, for example. “All European hubs” are set to follow this trend in due course, he added.

It is out of the London hub that recent success story Sensing Feeling is operating. The startup was trumpeted by Moraes as the first to use the O2 UK 5G network at the Wayra offices. The artificial intelligence specialist has developed a product that can identify people’s emotions via a video feed, gathering data to power decision-making. It is currently deployed at an unnamed university in Europe, where it is measuring students’ satisfaction as they leave lecture theatres, but use-cases also include retail (where stores could determine the effectiveness of their layout or signage) and events (where theatres could measure audience engagement).

Sensing Feeling’s product, though flagged by Moraes as a success story coming out of Wayra’s innovation scouting, has been criticised for its ‘Big Brother’, surveillance-state connotations according to the Standard. Jag Minhas, founder and Chief Executive (CEO), told the paperthat the technology can identify how people are feeling “just by observing their behaviour”. To abate privacy concerns, he added that he is aware of the need to uphold privacy and ethics, and to ensure safeguards are in place and that no personal data is stored.

Ori Industries was also namechecked: a 5G edge-computing capability developer based in the UK. Mahdi Yahya, Ori’s CEO, recently told Light Reading that the partnership with Telefónica was the “deepest” and “most advanced” of all its operator relationships. Ori has changed its strategy to better suit the needs of telcos, meaning ditching an aggregation approach in favour of something more scalable, according to Yahya (Telefónicawatch, #141). Ori is also engaged with BT via the Telecom Infra Project (TIP) Ecosystem Accelerator Centre (TEAC UK) the operator hosts. Though an update has not been given on progress made in the partnership, BT selected Ori as one of two winning startups at TEAC UK’s Wave 3 in early-2020, giving it access to expertise and support from BT and the wider TIP community (BTwatch, #309).

Wayra is also focused on 5G in Birmingham via the 5PRING programme, where startups are partnered with regional enterprises to develop and deliver 5G technologies across a variety of use-cases — healthcare, manufacturing, and mobility among those underlined.